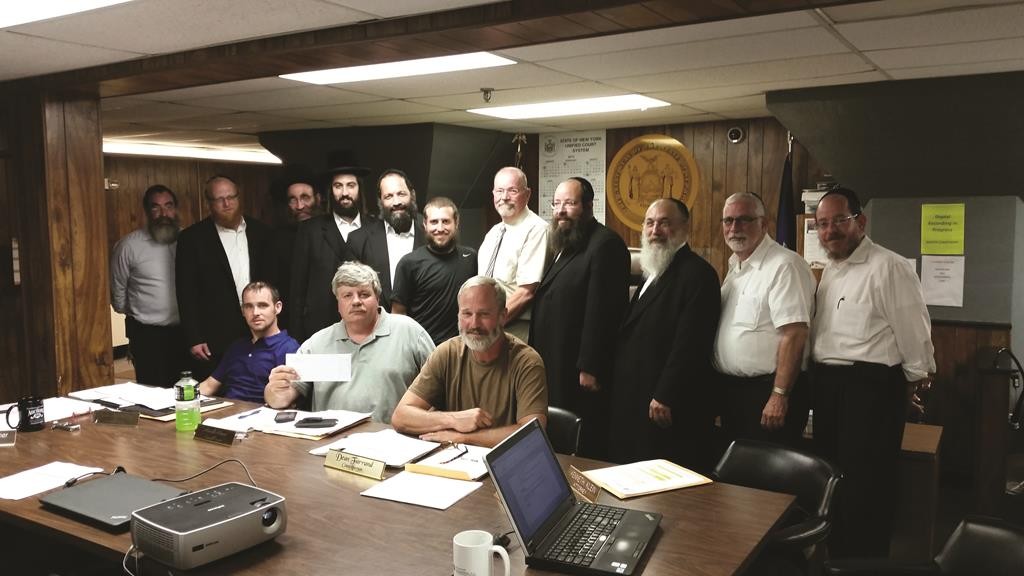 A group of 15 Jewish camps located in Liberty Township on Monday presented the town supervisor with a $29,000 check to support projects geared for the local population, which one of the organizers said was an appreciation for their continued friendship over the years.

Rabbi Meir Frischman, the director of Camp Agudah in Ferndale, which is in Liberty, organized the gift. The check was accepted by Liberty Township Supervisor Charlie Barbuti, who said the village will use it to renovate a park and to pay for fireworks on July 4.

The village of Liberty prides itself as being the cradle of the American Revolution. Its several million-dollars-a-year budget could not cover the fireworks display these past few years. The camps joined together last year to restart the tradition, and is paying for it again with Monday’s gift.

Out of 22 camps in the village, 15 contributed to the donation.

“This is done to be part of the community and to participate in their projects,” Yoel Rosenfeld, a representative of Camp Shalva, told Hamodia.