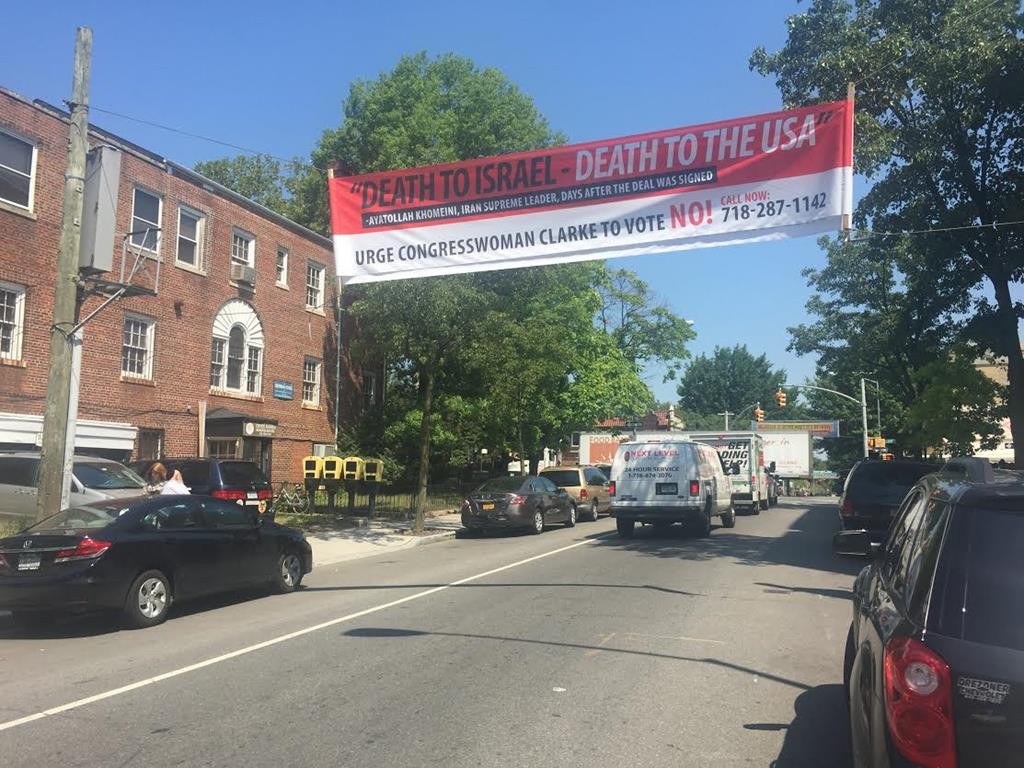 With several prominent lawmakers from New York promising to vote against the Iran nuclear deal, a grassroots campaign is underway to convince the others how seriously the pro-Israel community views the bill’s outcome.

Aside for Sen. Charles Schumer, presumptively the next leader of the Senate Democratic caucus, the biggest prizes for pro-Israel groups would be Rep. Eliot Engel of Long Island, the ranking member of the House Foreign Affairs Committee, and Rep. Jerry Nadler, a longtime congressman. Both are Jewish.

Rep. Nita Lowey, a Democrat representing Rockland County, said Tuesday that she will vote against the bill, which President Barack Obama called on a conference call with Jewish groups last week the foreign policy centerpiece of his presidency.

The banners, which read “Deal gives billions to terrorists,” include Clarke’s phone number and ask community members to call her office.

According to Yaacov Behrman, who helped coordinate the campaign, an estimated 500 people called the congresswoman’s office in the past 24 hours.

“Rep. Clarke certainly understands that this Iran deal is dangerous,” Behrman told Hamodia in an email. “She’s also well aware that a large part of her district opposes the deal. But the real question is whether Yvette can withstand the White House pressures.”

Clarke was formerly a steady vote against Israel until her district turned more Jewish about five years ago.