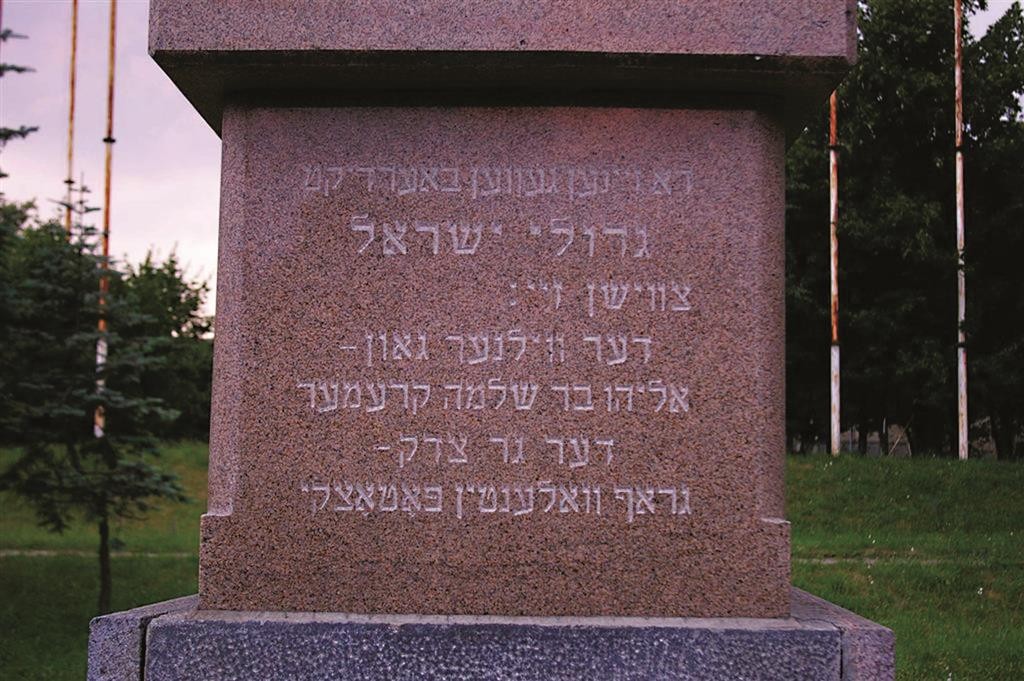 A kol korei petition has been issued by 12 leading American Roshei Yeshivah decrying plans for construction on one of Jewry’s most sacred sites, the Snipisek Jewish Cemetery in Vilnius.

While local authorities claim that recently announced plans for a convention center will only affect a long-abandoned sports palace built on the spot over 50 years ago, askanim fear desecration of the holy site will inevitably occur.

“The Gedolim were very upset to hear about and see what is going on in such a makom kadosh,” Rabbi Lazar Stern of Asra Kadisha told Hamodia.

He said that askanim are hopeful that the kol korei will move American officials to take a stronger stance against planned construction.

“These Roshei Yeshivah represent the descendants and legacy of Lithuanian Jewry, and that makes a real impression on the State Department and the Commission for Heritage Abroad,” said Rabbi Stern.

He added that Lithuania has been especially responsive to U.S. requests due to a desire for protection from an increasingly aggressive Russia.

The historic and hallowed site, known as Vilna’s “old” cemetery, is the resting place of the Chayei Adam, Reb Zalman of Volozhin, and many other Lithuanian Gedolim, zichronam livrachah. Harav Michel Yehudah Lefkowitz, zt”l, originally of Vilna, said that in his youth the beis hachaim contained a section that was closed to any visitors and was known as the burial place of the lamed-vav tzaddikim.

When the beis hachaim was threatened with construction by the Lithuanian government in 1934, Hagaon Harav Chaim Ozer Grodzinski, zt”l, wrote that all possible efforts must be made to save it. He said, “We cannot agree to any compromise” on the matter.

Sadly, none of the original tombstones remain — victims of Nazi occupation and Soviet rule. The area looks like little more than a field, which has encouraged the local authorities to deem it a “former” Jewish cemetery. Askanim would like to fence off the area and place some monuments, clearly marking off the grounds and restoring a modicum of reverence for the hallowed ground.

The Vilna Gaon and the Ger Tzedek, zichronam livrachah, were originally interred there, but their remains were moved in the 1950s, when the communist government began construction of a sports complex on the cemetery’s edge.

Asra Kadisha and the Conference of Academicians for the Protection of Jewish Cemeteries have repeatedly expressed protest over the planned project and have been working with the U.S. State Department to block construction.

“We hope that everyone who could have an influence with the government will use their power to speak out on the issue,” said Rabbi Stern. “Unfortunately, protecting kevarim is not so high on a lot of people’s [lists of] priorities, but if Lithuania is allowed to desecrate such a historic site, it will set a terrible precedent for many other less-known mekomos kedoshim in Europe.”