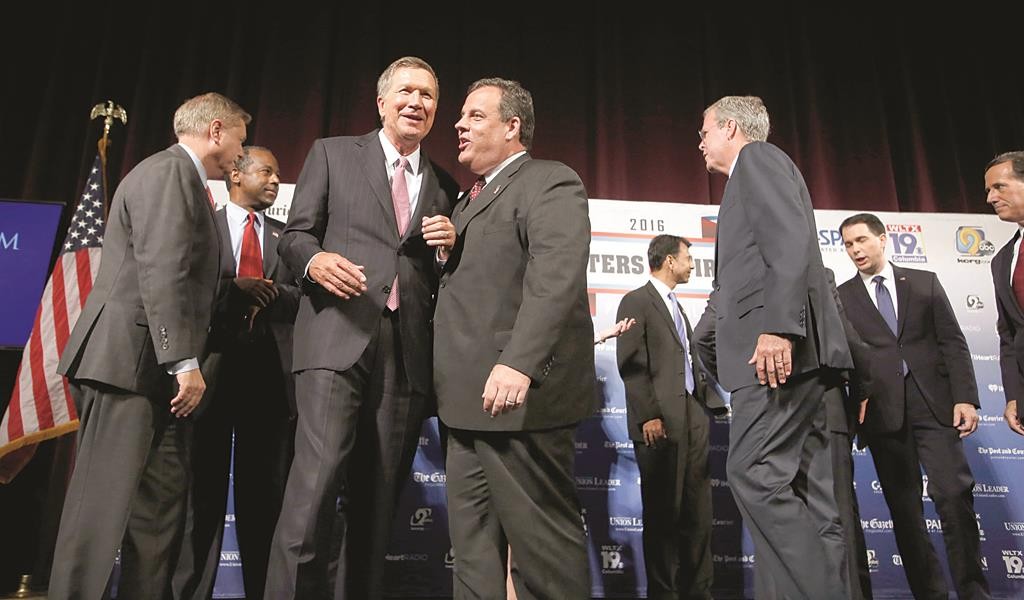 Seven others will be excluded, including former technology executive Carly Fiorina and former Texas Gov. Rick Perry, relegated to a pre-debate forum and second-tier status in the party’s crowded field.

Fox News announced the 10 GOP White House hopefuls who will take part in the prime-time debate in the crucial swing state of Ohio.

The announcement concludes an anxiety-filled process for a GOP that worked aggressively to improve its debates ahead of election season. Yet with the largest field of contenders in recent memory, organizers say something had to give to ensure the debate didn’t turn into a nationally broadcast circus.

Fox News is the host of Thursday’s event, the first of six party-sanctioned debates before primary voting begins in February. The network says it used a selection of national polls to make this week’s cut.

Republican officials were particularly concerned about Fiorina’s status, hoping she would help balance Hillary Rodham Clinton’s push to rally women to her candidacy. Trump’s recent surge in the polls was particularly damaging to Fiorina.