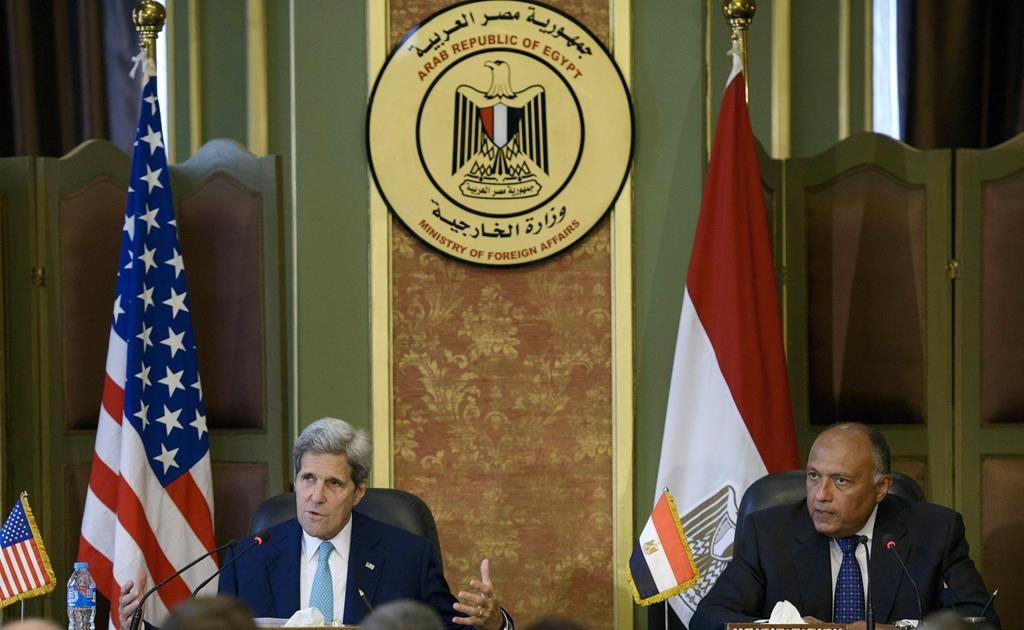 Despite persistent human rights concerns, the United States on Sunday resumed formal security talks with Egypt that were last held six years ago and kept on hiatus until now amid the political unrest that swept the country in the wake of the Arab Spring.

Two days after the U.S. delivered eight F-16 warplanes to Egypt as part of a military support package that the Obama administration is boosting to help Egypt counter an increasing terrorist threat, Secretary of State John Kerry restarted the so-called “strategic dialogue” with Egyptian officials in Cairo. The dialogue was last held in 2009 and did not occur in subsequent years due to the Arab Spring and turmoil following the ouster of Egypt’s authoritarian leader Hosni Mubarak in 2011.

Kerry said the administration was committed to working with Egypt to enhance its military capabilities as it confronts growing threats from terrorists, particularly in the Sinai Peninsula. That aid had been on hold until earlier this year due to human rights and democracy concerns in the wake of the military overthrow of Islamist President Mohammed Morsi in 2013.

In talks with Egyptian Foreign Minister Sameh Shoukry, Kerry acknowledged stress in the U.S.-Egypt relationship over human rights and said Washington would continue to press Cairo on the arrests of dissidents and journalists and mass trials.

“Obviously, there has been a little bit of tension over certain issues,” he told reporters at a joint news conference with Shoukry that was held shortly after a court in Cairo again postponed a verdict in the trial of three Al-Jazeera English journalists, whose arrests on have sparked widespread condemnation.

Kerry was in Cairo on the first stop of a Mideast trip that is mainly aimed at assuaging Arab concerns over the nuclear deal between Iran and world powers. After meeting Egyptian President Abdel-Fattah el-Sissi late Sunday, he leaves for Qatar, where he will hold discussions with Gulf Arab foreign ministers on the Iran deal and its implications for the region.