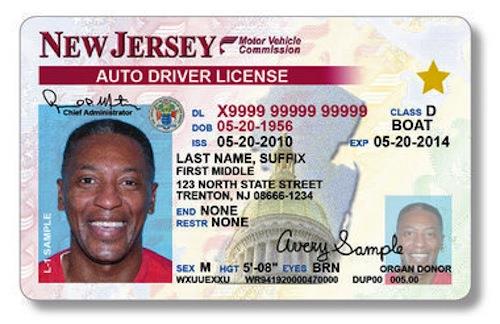 Smile and the world smiles with you — unless you’re having your driver’s license renewed.

But plenty of residents, unaware of the change, say they were confused when they went in for their new photos and discovered that saying “Cheese!” was no longer an option.

“A few months ago, it took me four tries to get a photo they liked,” says Susan Russ. “For the first one, I was smiling and the clerk said, ‘You can’t smile!’ The second time, I thought I wasn’t smiling but she said I was still smiling. For the third one I tried tilting my head a little so it didn’t look like a full-on mug shot, but she said, ‘You can’t do that, either. Just look straight into the camera. And don’t smile!’”

Maureen Oprandy had no such luck. “I look like someone on death row,” she groans. And Lisa Cohn was similarly disappointed: “Mine looks like I’m snarling.”

For these women, the policy change may be the worst thing to happen to Garden State drivers since 2008, when a GMAC Insurance survey declared that — smiling or not — they were the worst drivers in the United States.

Nothing to smile about.

The reasons for the “neutral expression” rule, according to Mairin Bellack, the deputy director of communications for the MVC, “is three words: security, security, security. Each technician has been trained to know when an image is acceptable and when it isn’t. And people need to keep in mind that facial recognition technology helps protect them from identity fraud.”

“So,” asks Bellack, “would you rather protect your identity or have a cute smile on your license?”