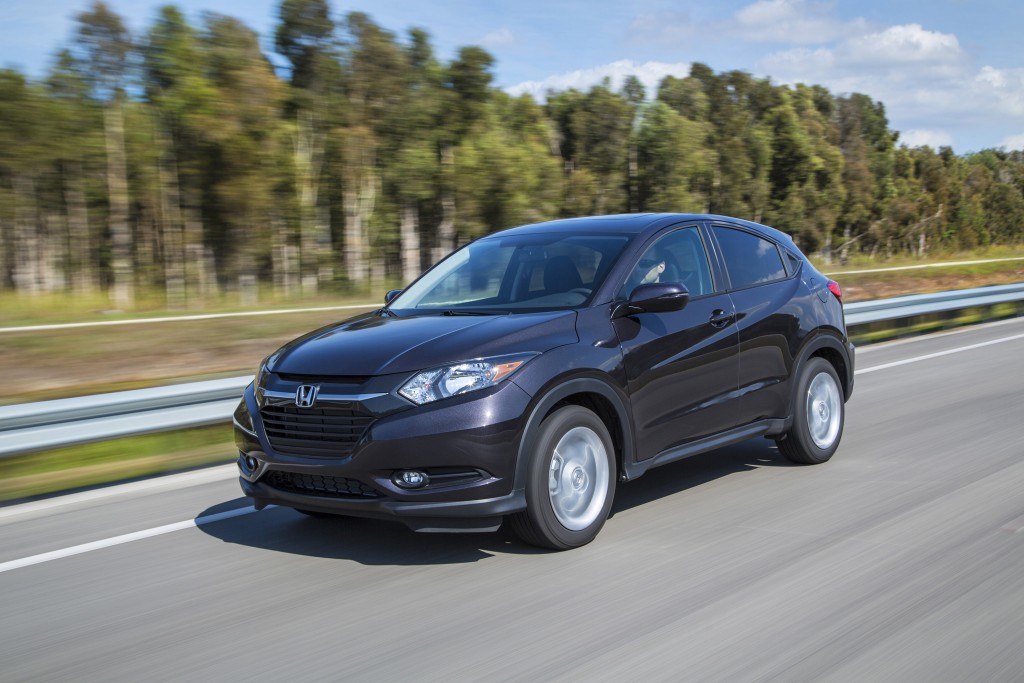 The hottest segment in the U.S. auto market is getting hotter with the addition of new subcompact SUV offerings from Honda and Mazda.

New for 2016 are Honda’s HR-V and Mazda’s CX-3. Both are small utility vehicles with starting prices near $20,000, aimed at what Mazda calls “new buyers, early adopters, empty-nesters and right-sizers,” and what Honda calls “balanced individualists.”

In other words, these are “cute utes.” Soccer moms and dads need not apply.

Hyundai and Scion are planning subcompact SUVs, too.

“This segment is hot because SUVs are hot, and these are small SUVs that cost barely more than a common economy car,” said Karl Brauer, senior analyst for Kelley Blue Book. “SUVs work for small families, retirees and college students. Now roll in people with a limited budget.”

Honda has already been dominant in the small crossover category. Its CR-V, introduced in 1997 and refreshed for 2012, is the leading car in that niche. Last year, the company sold 335,019 of the popular SUVs.

The HR-V is 10 inches shorter and 2 inches slimmer than its sibling. While the CR-V is built on the Civic platform, the HR-V is based on the smaller Fit chassis.

Around town, it’s a capable people-mover. Bearing paddle shifters ordinarily reserved for sportier cars, the HR-V has a peppy power band and makes good use of the 1.8-liter, four-cylinder engine, which makes 141 horsepower and 127 pound-feet of torque.

The continuously variable transmission spreads the power around well, so the HR-V only occasionally feels like a large wind-up toy.

On the freeway, its limitations are more evident, as road noise intrudes and higher-speed lane changes challenge the small motor.

The surprisingly plush suspension makes for a smooth ride, though it gets a little squishy on sharper turns, and should perform well with a full complement of adults aboard.

Like the Fit on which it’s based, the HR-V is fitted with a rear seating system that folds flat and offers a large, clear cargo space, enough to carry a mountain bike vertically, the company says. The cleverly designed rear seats also fold up, allowing transport of tall items behind the driver and front passenger.

The Mazda is similarly impressive, with a sportier feel.

Its 2.0-liter engine makes 146 horsepower and 146 pound-feet of torque. Paired with a six-speed automatic transmission with paddle shifters – the company will not offer a manual version ­– the CX-3 is strong and nimble, particularly the all-wheel-drive version.

Similarly smaller than its big CX-5 brother, the smaller Mazda handles the twisties like a sports car but rides solidly on the freeway, too, and more quietly than the HR-V, though it weighs about 100 pounds less than its Honda counterpart.

Its fuel economy is equally good, with a claimed 35 mpg on the highway and 29 mpg in the city, for a combined 31 mpg.

It may not compete as well in the passenger and cargo realm. The back seats are spacious and comfortable – but only for kids or small adults. Total storage space with the rear seats folded flat is about 45 cubic feet, considerably less than the HR-V’s nearly 60 cubic feet.

Pricewise, the two vehicles will also be going head to head. The base model CX-3, built at Mazda’s Hiroshima, Japan, factory, begins at about $19,600, while the top-of-the-line versions will sell for just over $28,000.

The HR-V, constructed in Honda’s Celaya, Mexico, plant, costs from $19,115 for a FWD manual transmission car to about $26,000 for a fully loaded AWD automatic version.

Sales numbers for the CR-V appear to be off for the year, according to numbers supplied by the auto-research firm TrueCar, perhaps an indication that the HR-V is cannibalizing sales of the larger Honda. Sales for the CX-5, over the same period, appear to be up.

Analyst Brauer said the competition for buyers will be fierce, and suggests it’s the CX-3 that will be playing catch-up.

“The segment has become so crowded that you can’t just show up and do well,” he said. “The CX-3 will need to stand out from other strong players like the HR-V and (Jeep) Renegade.”

Honda has high hopes for its HR-V. The company said it expects to produce 70,000 units a year. Half its sales, the company said, will be “conquest sales,” to consumers who are new to the Honda brand.

Honda is expecting those buyers to be largely younger people, ages 18 to 34, most of them single. Honda describes these buyers as “the opposite of shallow,” and says they are “optimistic, nice, with many sides to themselves.”