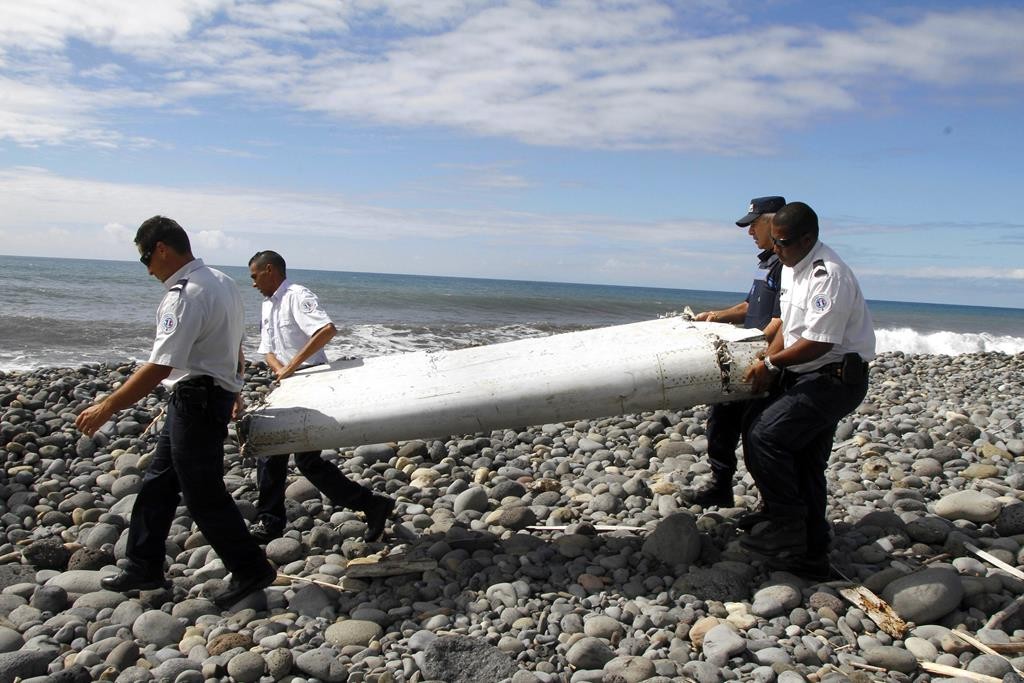 Investigators trying to determine what happened to Malaysia Airlines Flight 370 more than 16 months ago said Thursday they were nearly certain that a 6-foot-long piece of a plane’s wing assembly was part of a Boeing 777 – and MH370 is the only such plane that is missing.

The “flaperon” found by beachcombers on the remote west Indian Ocean island of Reunion, a French overseas territory, could be seen bearing a number that air safety investigators have reportedly identified as a 777 part.

Authorities on Reunion were also examining a piece of luggage found in the same area as the wing part, although it was unclear if the badly damaged zippered bag was related to the Malaysian aircraft that disappeared from radar screens on March 8, 2014, setting in motion the greatest aviation mystery in recent history.

Discovery of the barnacle-covered flaperon, if confirmed to have come from the Malaysian jet, could put to rest lingering doubts about whether the aircraft and its 239 passengers and crew members might have been hijacked rather than victims of a crash.

“It’s too early to make that judgment, but clearly we are treating this as a major lead,” Warren Truss, Australia’s deputy prime minister, told a news conference in Sydney on Thursday. He called the debris find a “significant development.”

Malaysian Prime Minister Najib Razak said Thursday that the debris was being shipped by French authorities to Toulouse, site of the nearest office of the BEA, the French authority responsible for civil aviation accident investigations.

A Malaysian team was on the way to Toulouse, and a second group from the airline was traveling to Reunion, Razak said.

The disappearance of MH370 as it flew from the Malaysian capital Kuala Lumpur en route to Beijing sparked the most extensive search operation in aviation history, involving at least a dozen countries and costing hundreds of millions of dollars. No confirmed traces of the plane have been found.