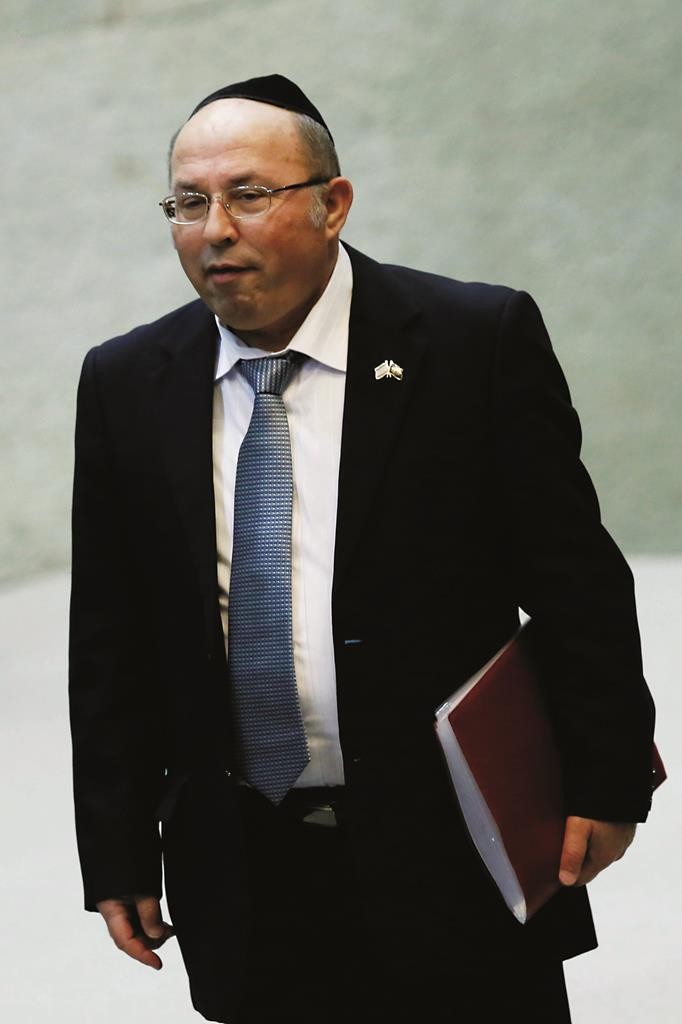 On Thursday, the Knesset authorized the force-feeding of prisoners on hunger strike, a move that has met vehement opposition from the country’s medical association and rights groups.

The bill was passed by a vote of 46-40 after 19 hours of opposition filibustering, thus ending the Knesset summer session.

The legislation promoted by Prime Minister Binyamin Netanyahu’s coalition reflected concern that hunger strikes could end in death and trigger waves of protests. The law allows a judge to sanction the force-feeding or administration of medical treatment if there is a threat to the inmate’s life, even if the prisoner refuses.

But Israel’s Medical Association, which considers force-feeding a form of torture and medically risky, urged Israeli doctors not to abide by the law.

Qadoura Fares, chairman of the Palestinian Prisoners Club that advocates for Palestinians jailed by Israel, denounced it as a product of a “racist and fascist” government.

“It pushes the medical community to severely violate medical ethics for political gains, as was done in other dark regimes in history,” the group said in a statement, urging the doctors “to refuse to serve as a fig leaf for torture.”

Gilad Erdan, Israel’s Internal Security Minister, defended the law as a way to prevent Palestinians jailed for security offenses from using hunger strikes to pressure Israeli authorities to release them. Khader Adnan of Islamic Jihad is a case in point, winning his release this month after a hunger strike in jail for 56 days.

The bill was the focus of ten days of opposition speeches, the latest exercise of its vow to make life miserable for the government coalition.

However, the coalition threatened to use Article 98 in the Knesset guidelines, which allows it to “establish debate procedure.” That brought about a compromise putting a cap on debate and delaying tactics.

The Knesset passed another significant piece of legislation on Thursday, the controversial Norwegian Law, which allows a minister or deputy minister from each coalition party to resign from the Knesset and then return if they leave the cabinet.

The law could have immediate ramifications. Education Minister Naftali Bennett was quoted as saying privately that he would give up his Knesset seat in favor of the next name on the Jewish Home party list, former MK Shuli Moalem-Refaeli. Economy Minister Arye Deri has publicly committed to relinquish his seat to allow the next name on the Shas list, former MK Avraham Michaeli, to serve in parliament.

The bill is meant to enhance the separation of powers. Currently, a third of MKs are ministers or deputy ministers, which impedes their ability to take part in the oversight functions that a parliament exercises over the executive branch.