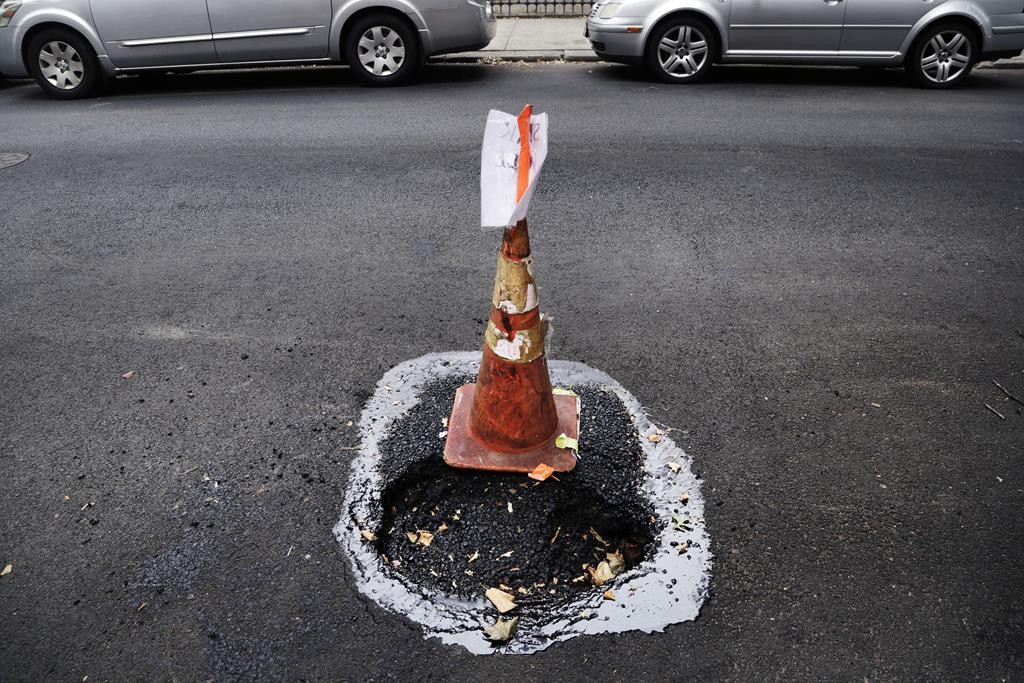 Stringer released an analysis that showed that the Belt Parkway had the most pothole claims involving vehicles over the six-year period — 706 — and Broadway was the street with the most pedestrian trip-and-fall claims at 195.

“If you happen to drive on the Belt, please know that you are in our thoughts and prayers,” Stringer joked at a news conference in Greenwich Village.

Stringer said it took an average of 6.7 days for the Department of Transportation to complete a pothole work order in the first four months of 2015, nearly triple the 2.4 days it took in the previous year.

“We need to speed up the process of plugging the potholes,” he said.

The transportation department responded that it has filled 370,000 potholes since the beginning of 2015 and it repaired almost 100 percent of potholes within 30 days during the last fiscal year.