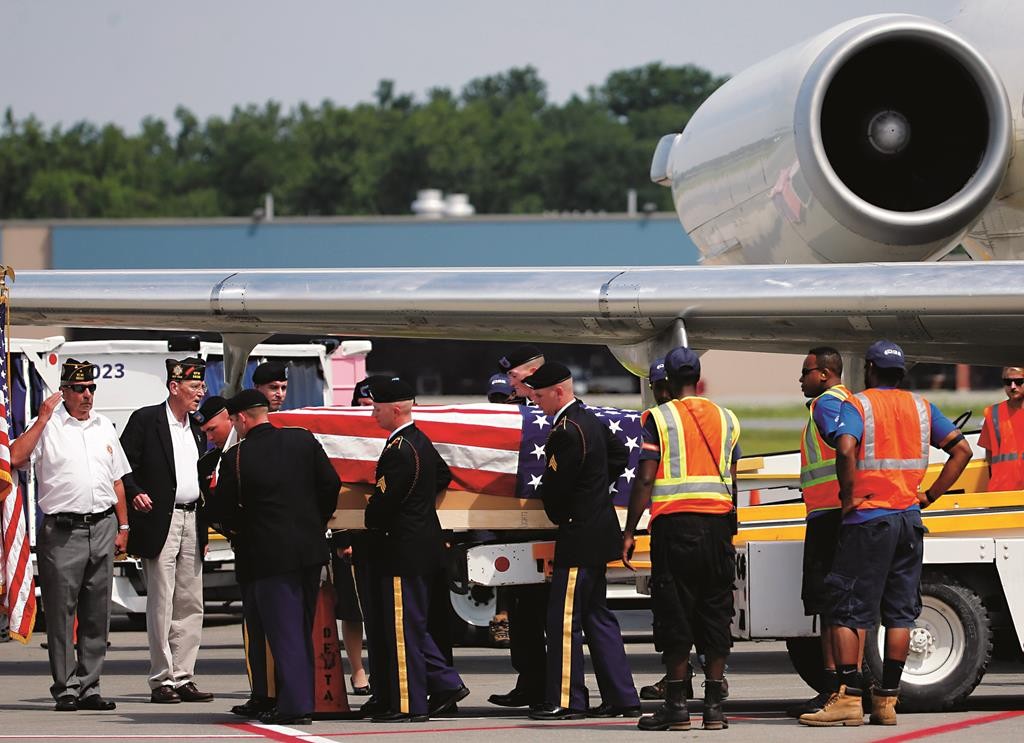 While growing up in central New York, Mark Shoemaker heard plenty of stories from family members about his Uncle Eddie, a World War II fighter pilot who never returned from the Pacific Theater.

“I knew him just as if he were living in the house,” said Shoemaker, a Vietnam veteran from Boonville, north of Utica.

On Wednesday, the remains of 2nd Lt. Edward F. Barker were returned for burial in his Mohawk Valley hometown, more than 70 years after he failed to return from a training mission over Papua New Guinea. The flag-draped casket bearing Barker’s remains was transferred from a commercial flight to a waiting hearse by an Army honor guard, then making the 65-mile drive to Herkimer, where he will be buried this weekend.

The Department of Defense POW/MIA Accounting Agency announced last week that the remains had been identified.

Shoemaker, 67, said his grandmother and mother, Barker’s younger sister and only sibling, often talked about the 21-year-old pilot who as an outgoing teenager had been president of his high school class and manager of the football team. Both women died not without ever finding out what happened to Barker.

On Saturday, he’ll be laid to rest with full military honors at Calvary Cemetery, in a plot next to his mother’s. It’s a belated homecoming, but one for which Shoemaker is thankful.

“We finally get to put him next to her,” said Shoemaker, who flew helicopter gunships in Vietnam. “That’s a big deal to me.”