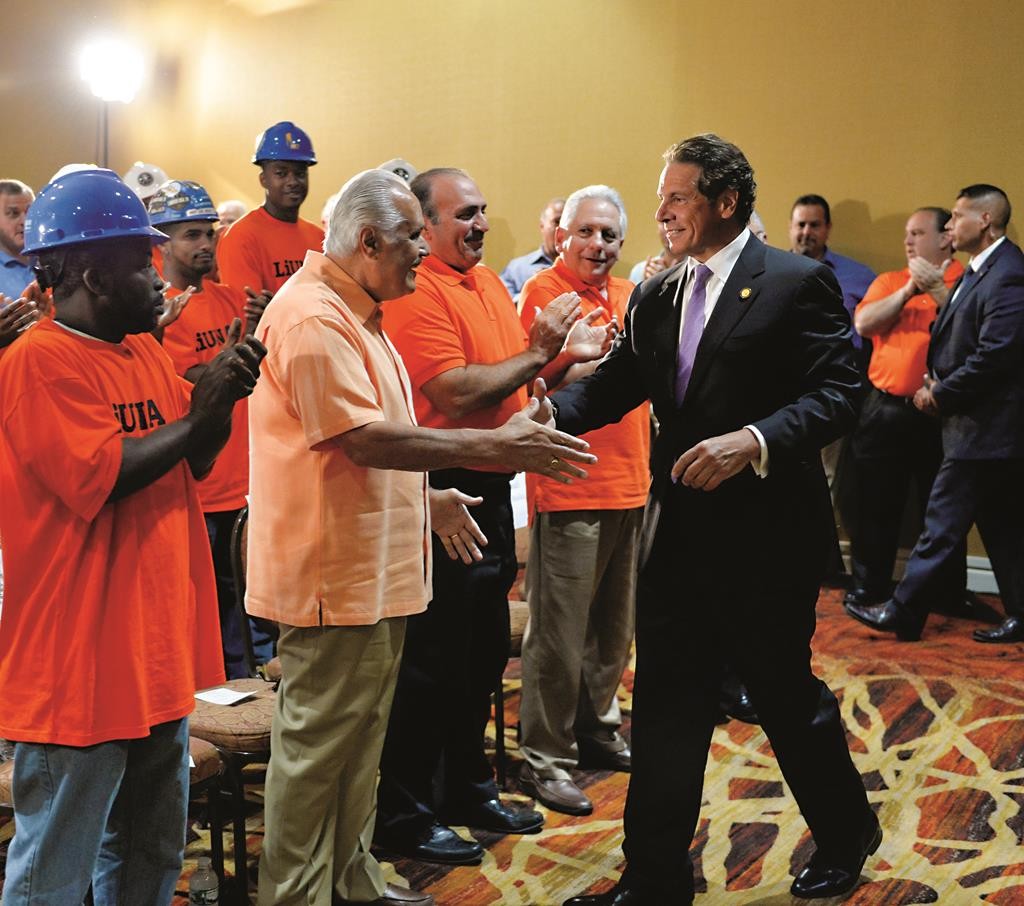 Long seen as a foe of labor unions, Gov. Andrew Cuomo travelled on Tuesday to two Lake George meetings to receive awards by big labor and tout investments in big construction projects like the new Tappan Zee Bridge and a plan to rebuild LaGuardia Airport.

The Democratic governor spoke to meetings of the New York State Pipefitters and Plumbers and the New York State Laborers. He was named a “Champion of Organized Labor” by the laborers’ union and received the “New York Builder” award from the pipefitters.

Cuomo said that the pipefitters union was one of the first to support his political run for New York attorney general in 2006, and he was coming just to thank them.

“It’s not about the politics, it’s about common values and friendship and reciprocity and respect and a handshake,” Cuomo said. “We shook hands 10 years ago and that handshake has been good for 10 years.”

Cuomo detailed the $4 billion LaGuardia project at an event Monday that featured Vice President Joe Biden. On Tuesday, Cuomo said the work — along with the $3.9 billion Tappan Zee replacement — are the types of “big, visionary” projects that will build a “new future” for the state.