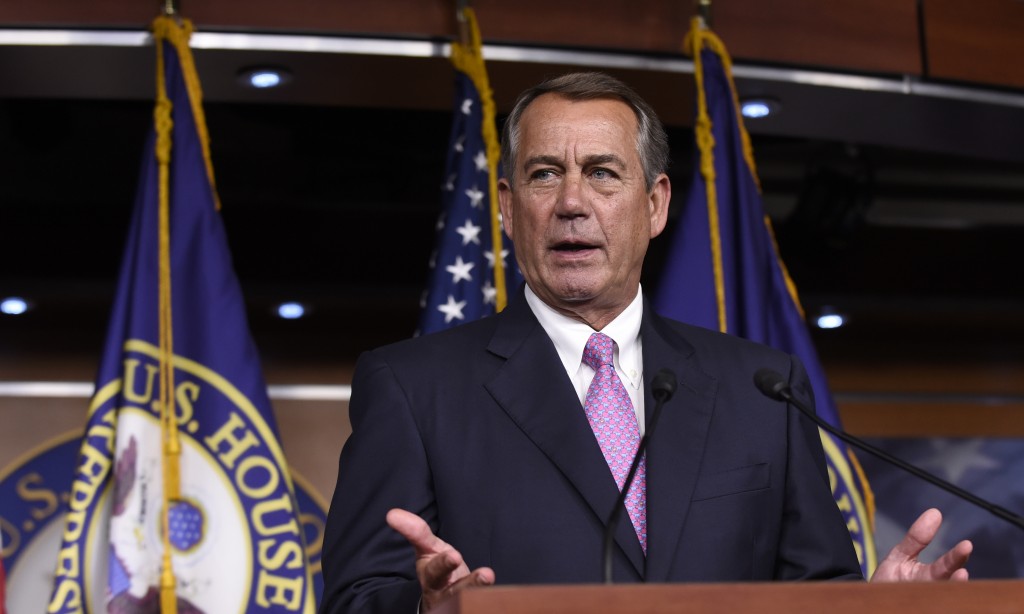 House Speaker John Boehner says he supports a push by U.S. oil companies to ship their crude oil overseas and lift a decades-long ban on exports.

The Ohio Republican said the change would be a boon for the economy, creating up to a million jobs and bringing U.S. energy policy into the 21st century.

The export ban is a relic of the 1970s, after an OPEC oil embargo led to fuel rationing, high prices and iconic images of long lines of cars waiting to fuel up.

Boehner said Wednesday those days are long gone. He said a “scarcity mindset” has been replaced by an energy boom that has seen domestic production of oil and natural gas soar, even as renewable energy such as wind and solar power also make gains.