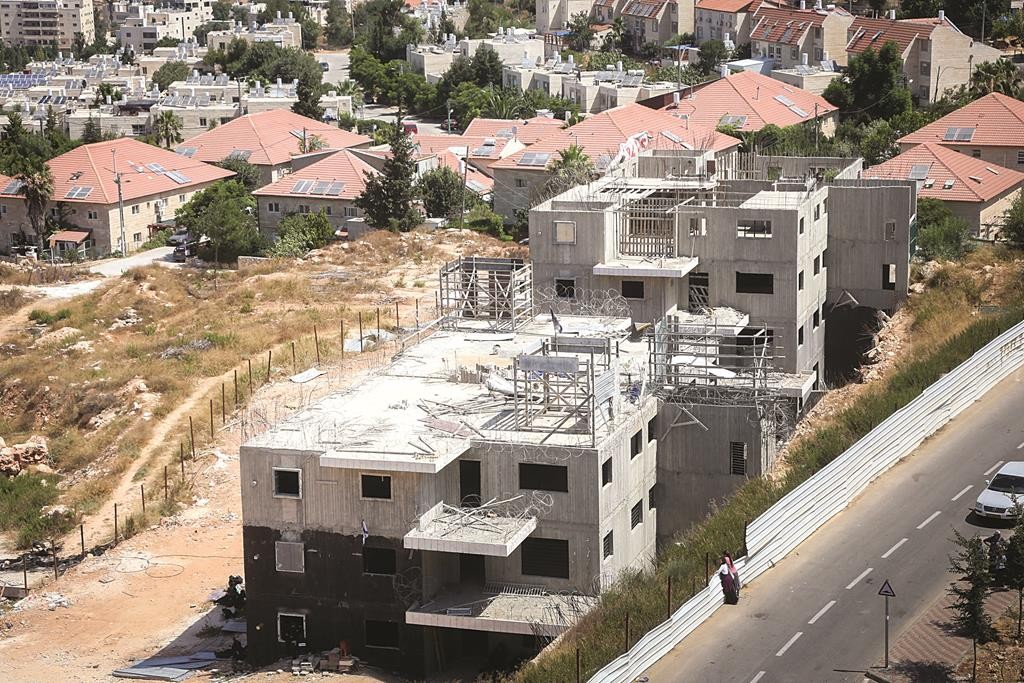 Beit El in the Shomron was the scene of violent clashes between police and protesters on Monday night and Tuesday over a sudden eviction of dozens of people from disputed buildings, even as the government rushed to legalize the structures in order to avert a pending demolition order.

Prime Minister Binyamin Netanyahu declared on Tuesday morning that “our stance with regard to the Beit El homes is clear. We oppose their demolition and are working through legal means to prevent this.”

Government attorneys argued before the High Court that the buildings should not be taken down, since they have received all the necessary permits from the Civil Administration and the local council.

The NGO Yesh Din, together with Palestinians who claim to own the land, had petitioned the Court to order the IDF to demolish the structures. The state was given until 6 PM to to make its case for rescinding the order.

In a move that came without warning, in the early morning hours of Tuesday, Border Police bodily hauled out dozens of protesters from the disputed structures, known as the Draynoff buildings.

Security forces arrested 50 of the activists on Monday according to Honenu, a legal aid group. Activists accused the police of using tear gas inside the buildings.

The area was cordoned off as a closed military zone and Border Police took over the Draynoff buildings to keep the protesters out. Indeed, they held off hundreds who returned on Tuesday afternoon and evening.

At midday, several protesters lay down in front of Border Police vehicles as they chanted, “We’re fighting for the land of Israel.” Several were detained for questioning.

In the evening, the violence worsened as rioters threw stones at the security forces and some youths set fire to trash cans.

She said that he assured her at that time that the buildings would not be razed until the legal process was exhausted.

After speaking with Yaalon, Shaked informed Beit El Mayor Shai Alon that he “can go to sleep quietly tonight,” according to a media report.

Then came the evacuation.

“This happened despite what I was promised and what I said, in my name, to the residents [of Beit El],” Shaked said.

She warned that “unilateralism, deception and breaking agreements will be answered in kind, and the state will give one resolute response to the High Court: Prevent the destruction.”

Yaalon, for his part, stated on Tuesday that he opposes the demolition and has taken legal steps to prevent it.

“I spoke with Jewish Home ministers yesterday and told them that we [the IDF] would not act before a Court ruling. [However] we will act in accordance with the law and any Court decisions,” Yaalon said.

“But those who think that I will break the law are mistaken. I won’t lend a hand to lawlessness,” he cautioned.

Education Minister and Jewish Home chairman Naftali Bennett was no less vehement in his condemnation. In a press conference in Beit El, he blamed Yaalon for “a reckless, extreme and provocative act that violates the foundations of the government and its values and violates responsible and statesmanlike behavior that I expect from this government.

Bennett noted that, according to the Hebrew calendar, Tuesday’s police action happened almost ten years to the day from the start of the evacuation of Gush Katif.

“Someone forgot that this time, ten years after the Disengagement, the national camp is powerful, both politically and publicly,” Bennett said. “The time has come for the nationalistic government to execute the ideology for which it was elected, rather than go the way of the Left.”

Yisrael Beitenu head Avigdor Lieberman picked up on that statement and called on Bennett to join him in the opposition, so that together they could create a new government devoted to building up rather than tearing down in Yehudah and Shomron.

“I don’t understand how [Yaalon] could break his promise,” Construction Minister Uri Ariel (Jewish Home) said on Israel Radio. “To brutally and violently enter is a serious mistake and is unforgivable.”

When asked if this was an issue over which he would “take apart the coalition,” Ariel indicated that while he was not threatening to do so, he wasn’t ruling it out, either.