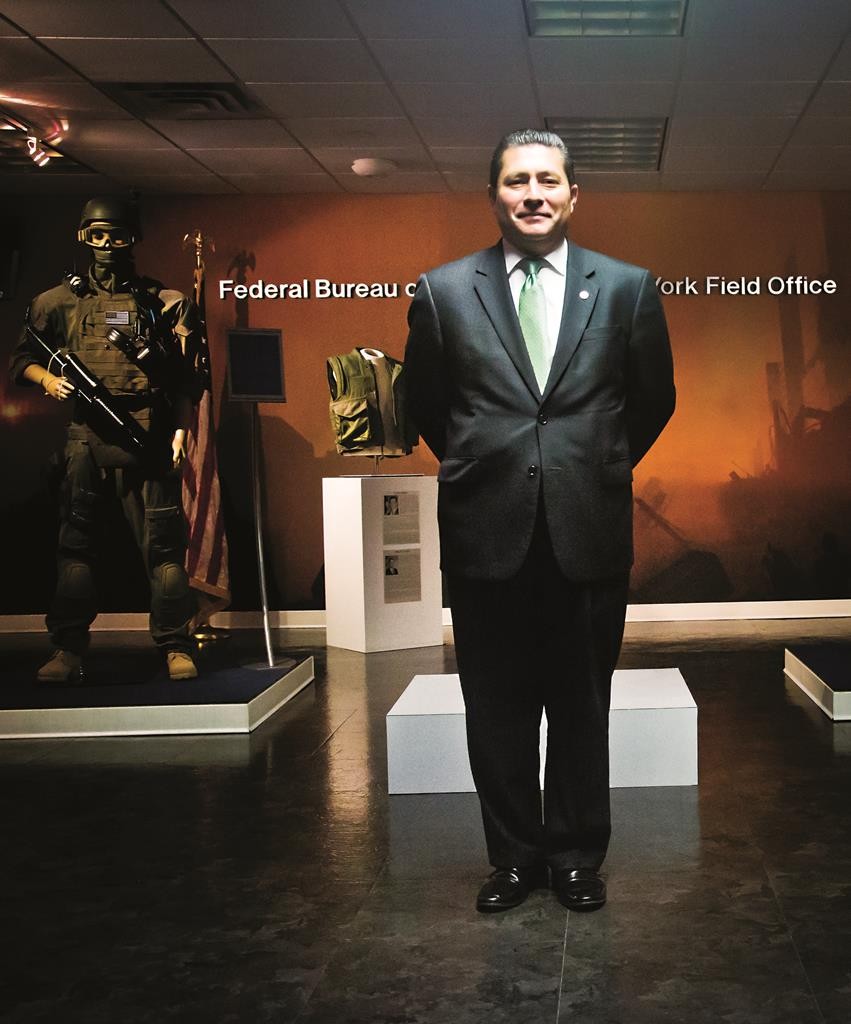 The first Hispanic to run the FBI’s largest field office almost never got there.

As a school teacher in the late 1980s, Diego Rodriguez applied to join the FBI. But when it called hoping to recruit a Spanish speaker as part of a diversity drive, his response was, “I’m really happy teaching. Thanks, but no thanks.”

More than 25 years later, as assistant director in charge of the FBI’s New York office, he’s overseeing about 2,000 agents and some of the nation’s most important terrorism, insider trading, cyber fraud and public corruption cases.

It’s a potentially high-profile role. But while law enforcement luminaries like Police Commissioner William Bratton and U.S. Attorney Preet Bharara bask in the media spotlight, Rodriguez has remained largely in the shadows in his first six months on the job, reflecting a low-key approach that lets his agents’ work speak for itself.

“I genuinely care about their cases, but I’m not a micro-manager,” Rodriguez, 50, said in a recent interview in his lower Manhattan office. “They’ve got their own chain of command. The head of the office doesn’t need to be meddling in certain things.”

Rodriguez’s modesty is rooted in humble beginnings: He was born in Colombia and moved to working-class Queens with his family as an infant. After graduating from St. John’s University and teaching middle school Spanish, he made his career switch and landed his first FBI assignment in a taskforce investigating money laundering by South American and Mexican drug rings. Over the years he held has various investigative and supervisory positions in Puerto Rico, Miami and Washington before being appointed in 2010 to head the New York office’s criminal division.

At the time, the division was immersed in the groundbreaking investigation of Wall Street magnate Raj Rajaratnam and his multi-billion-dollar Galleon hedge fund. It marked the first time the bureau had turned to a method familiar in mob and drug cases — wiretaps — to capture conversations about insider trading. The wires sunk the talkative and boastful Rajaratnam, who’s serving an 11-year prison term.

Without going into specifics, Rodriguez indicated that it won’t be the last securities fraud case to feature wiretap evidence.

Rodriguez arrived as the office was confronting an evolving terror threat: Efforts by the Islamic State group to use the internet to reach recruits and inspire them to launch attacks.

The Islamic State “is very good at social media and manipulating people and getting them to think what they want them to think,” Rodriguez said. “It’s like gangs that prey on young vulnerable youths who have nowhere to go.”

His agents and New York Police Department detectives have made more than a half dozen recent arrests of suspected Islamic State sympathizers. But the task of identifying others has become more difficult by the group’s efforts to steer recruits to encrypted email and text communications that law enforcement cannot access — called “going dark.”

“You’re already looking for needles in a haystack, but it becomes much more difficult when those you are looking for slowly disappear in the haystack,” he said.

That quandary has made Rodriguez an even bigger believer in law enforcement outreach in Muslim and other communities to “demystify” the FBI and build trust.

“In the Hoover days, we owned all the information,” he said. “That doesn’t exist anymore. Much of the information is now in the hands of private industry or the people we serve. … It’s more likely Joe Citizen will know or see somebody radicalizing than an FBI agent will.”