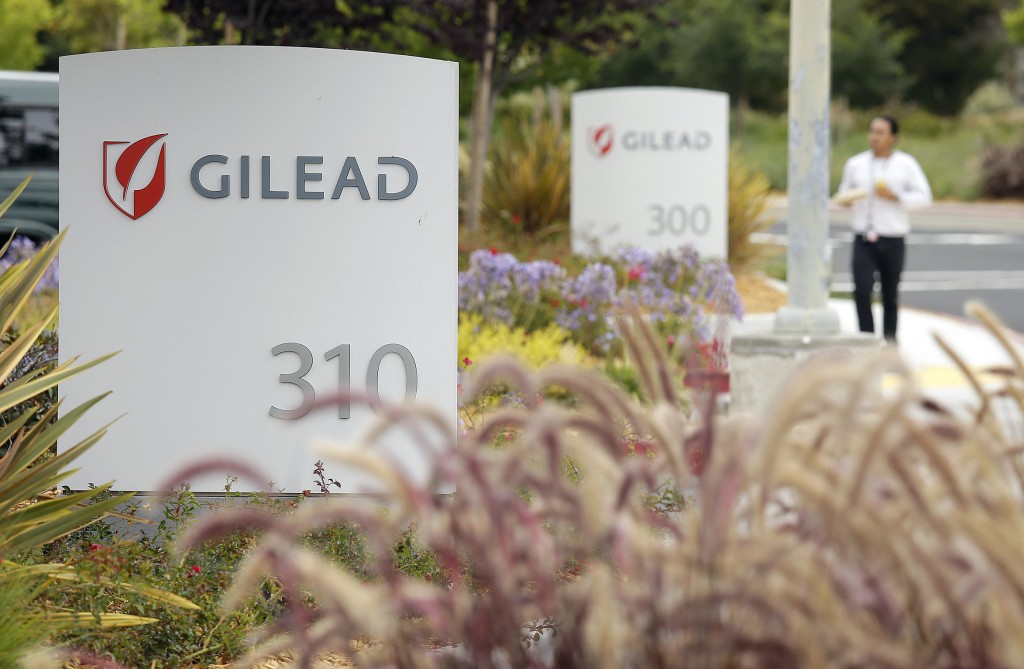 The average estimate of 10 analysts surveyed by Zacks Investment Research had been for earnings of $2.64 per share.

Gilead’s market-leading hepatitis C franchise accounted for a whopping 59 percent of that, with Harvoni bringing in an astounding $3.61 billion after just 10 months on the market, and its predecessor, Sovaldi, drawing $1.29 billion.

Gilead catapulted to become the world’s ninth-biggest drugmaker by revenue, up from No. 20 last year, propelled by Harvoni and, to a lesser extent, by Sovaldi. That was launched in December 2013, followed by Harvoni last October.

Harvoni, which carries a list price of about $95,000 for a 12-week course of treatment, includes Sovaldi and a second drug, ledipasvir. The company says it cures 96 percent to 99 percent of previously untreated patients with the liver-destroying virus. Since its approval last October, sales have plunged for Sovaldi, which costs about $84,000 for a course of treatment.

Those drugs and AbbVie Inc.’s Viekira Pak, launched in December, have dramatically changed treatment for hepatitis C, which for decades required pills and periodic injections that caused awful flu-like side effects, lasted for up to a year and only cured about 60 percent of patients.

Roughly 2.7 million Americans have hepatitis C and millions more in other countries are infected. Over many years, it silently causes cirrhosis, liver failure requiring a transplant, liver cancer and other damage. The three new drugs have slashed treatment time to 12 weeks, on average, and boosted cure rates to more than 90 percent, depending on which of several strains, or genotypes, the patient has and how advanced their disease is.

Gilead raised its revenue forecast to $29 billion to $30 billion for the full year, up from its initial 2015 forecast in February for $26 billion to $27 billion. It kept its earnings-per-share forecast at 82 cents to 87 cents per share.