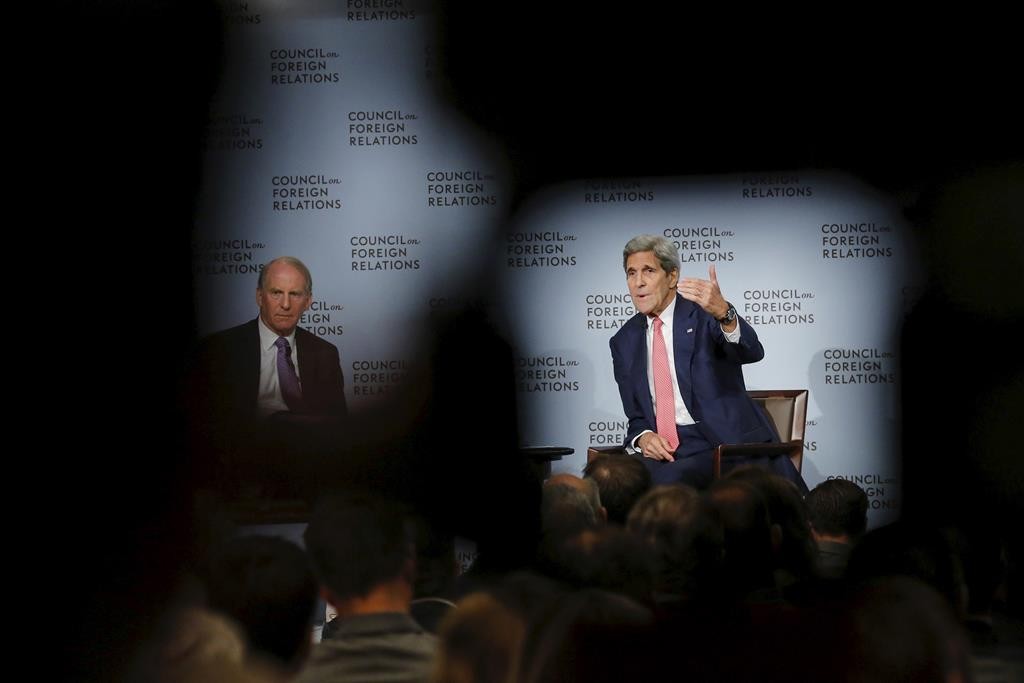 Secretary of State John Kerry said it would be a huge mistake if Israel decided to take unilateral military action against Iran over its nuclear program in the future.

Kerry was asked on an NBC news program if the nuclear deal reached last week would make it more likely that Israel might attempt a military or cyber attack on Tehran.

“That’d be an enormous mistake, a huge mistake with grave consequences for Israel and for the region, and I don’t think it’s necessary,” Kerry said.

He warned later on Friday that if Congress failed to approve the deal agreed last week between world powers and Iran to curb Iran’s nuclear program then Israel could be worse off.

“I fear that what could happen is if Congress were to overturn it, our friends in Israel could actually wind up being more isolated and more blamed,” Kerry also told the Council on Foreign Relations think-tank in New York.

“We would lose Europe and China and Russia with respect to whatever military action we might have to take because we will have turned our backs on a very legitimate program that allows us to put their program to the test over these next years,” he said.

Kerry’s remarks drew a sharp retort from Yuval Steinitz, the Energy and Water Minister and the government’s point man on Iran:

“To demand from a country which Iran threatens publicly to destroy, to wipe it off the map, that it not express its opinion on something so relevant for our national security, future and existence is an illogical and even immoral demand,” Steinitz said.

“This hint that if the agreement will be rejected by Congress, then Israel will turn into a scapegoat, is unacceptable to us,” he said.”Congress is sovereign to make any decision. If it rejects it, that means there is a big majority among the Republicans and also many Democrats who think the accord is not good and is full of holes, and needs to be rejected.”

Steinitz said that the threat of “isolation” if Israel’s position wins out, is not acceptable language between friends.

However, the State Department disputed the intent of Kerry’s words.

“Secretary Kerry issued no threats,” said spokesman John Kirby. “He simply stated a fact: Should the U.S. Congress fail to support the deal, it will fall apart, and so, too, will any international support for further sanctions on Iran and its nuclear program. Iran will thus be able to start rushing its nuclear program forward again.”

Meanwhile, former Israel Security Agency (Shin Bet) chief Ami Ayalon said he had no objection to Kerry’s mentioning him, along with other former officials, as a backer of the Iran deal.

“If Kerry quotes what I said I have no problem with it,” Ayalon said. “It’s not black and white. I think the deal is bad. It’s not good, but it is the best plan currently on the table. The government of Israel is not dealing enough with the implications of the plan and what has to be done now. The policy of Israel is wrong,” he said.

Ayalon added that he was not concerned by the Iran deal’s controversial sunset clause, because, “in the Middle East, 10 to 15 years is an eternity and I don’t believe that 10 or 15 years from now the world will stand by and watch Iran acquire nuclear weapons.”

“It is most painful when it is Israelis who are the ones hurting Israel,” the Jewish Home chairman said. “The very same security officials who have been wrong so many times before: Oslo, Disengagement, the Shalit Deal, etc. If you are not going to help, at least get out of the way!”

Ayalon dismissed this, saying he is “not surprised that politicians respond without reading what they are complaining about.”