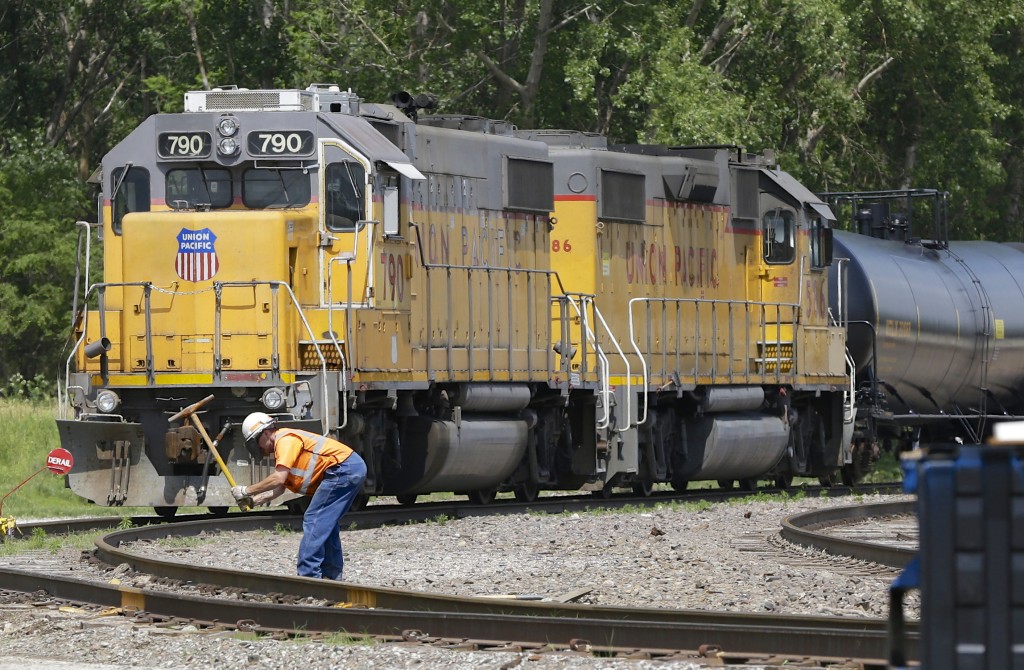 A sharp decline in coal shipments drove down Union Pacific’s second-quarter profit by 7 percent, and executives predicted that the railroad would fall short of expectations for the year because the challenging conditions will continue.

Faltering coal demand has created challenges for all the major freight railroads, and in April, natural gas overtook coal as the top source of U.S. electric power generation for the first time ever, according to the U.S. Department of Energy.

Union Pacific Corp. said coal volume dropped 26 percent in the second quarter, and demand for that fuel is likely to remain weak the rest of the year. Overall shipping volume is also likely to be down from last year’s strong levels.

Chief Financial Officer Rob Knight said the railroad’s efforts to increase prices and reduce costs won’t be enough to generate profits higher than last year’s $5.75 per share. Wall Street had been expecting Union Pacific to deliver earnings per share of $5.79 in 2015, according to FactSet.

“While we continue to improve, it is not likely at this point that we will achieve record earnings given this year’s challenges,” Knight said.

Falling natural-gas prices and the potential for more restrictions on the use of coal by environmental regulators have curtailed its use, and that has weighed on railroads. Last week, rival CSX Corp. said weak coal demand would slow profit growth this year.

The Omaha, Nebraska, railroad said that its revenue fell 10 percent to $5.4 billion, because its price increases couldn’t offset the drop in volume.

While its quarterly profit beat Wall Street expectations by three cents per share, revenue fell short of analyst projections for $5.6 billion, according to FactSet.

Union Pacific has furloughed roughly 1,200 workers and reduced the number of people it is training. It has also stored 900 locomotives to reduce costs to match the lower freight demand.

There were only a couple of areas in which quarterly shipping volume increased for Union Pacific. Automotive shipments increased 7 percent and the number of intermodal containers the railroad hauled grew 2 percent.

Along with the coal declines, shipments of industrial products fell 13 percent and agricultural shipments fell 7 percent.

Union Pacific operates 32,400 miles of track in 23 states from the Midwest to the West and Gulf coasts.