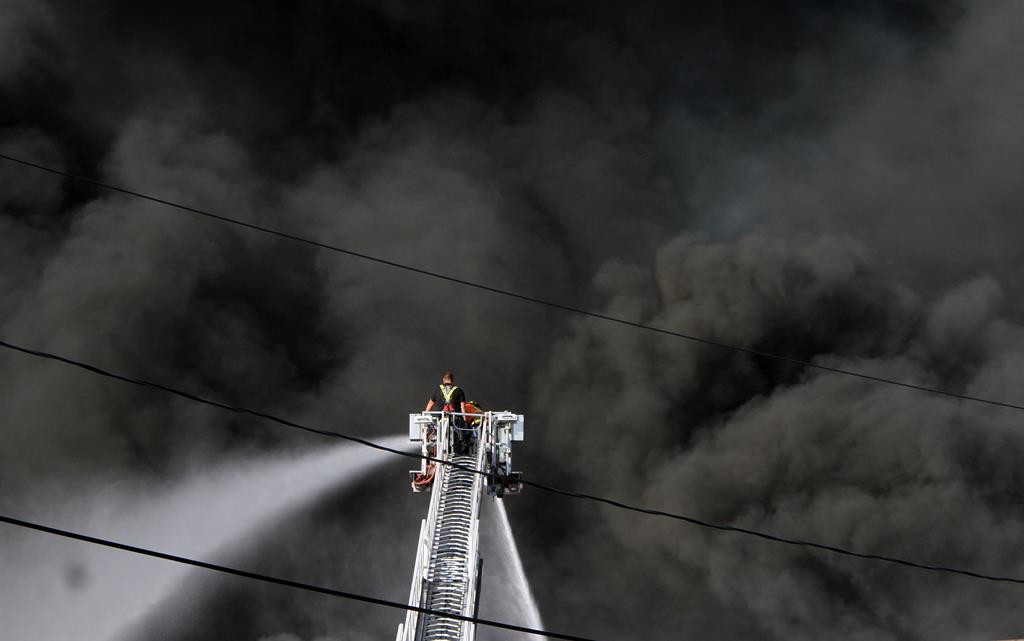 About 200 residents who were evacuated because of a large warehouse fire are waiting to learn when they can return home.

Firefighters on Thursday continue to spray water on hot spots and white smoke is rising from what remains of the building that housed several businesses. The fire broke out early Wednesday and the flames, visible from space, quickly devoured the building in North Brunswick.

Residents of a nearby apartment building were ordered to leave after heat from the blaze set the siding on fire. Others were moved as a precaution over fears of potential toxins being released from burning plastic.