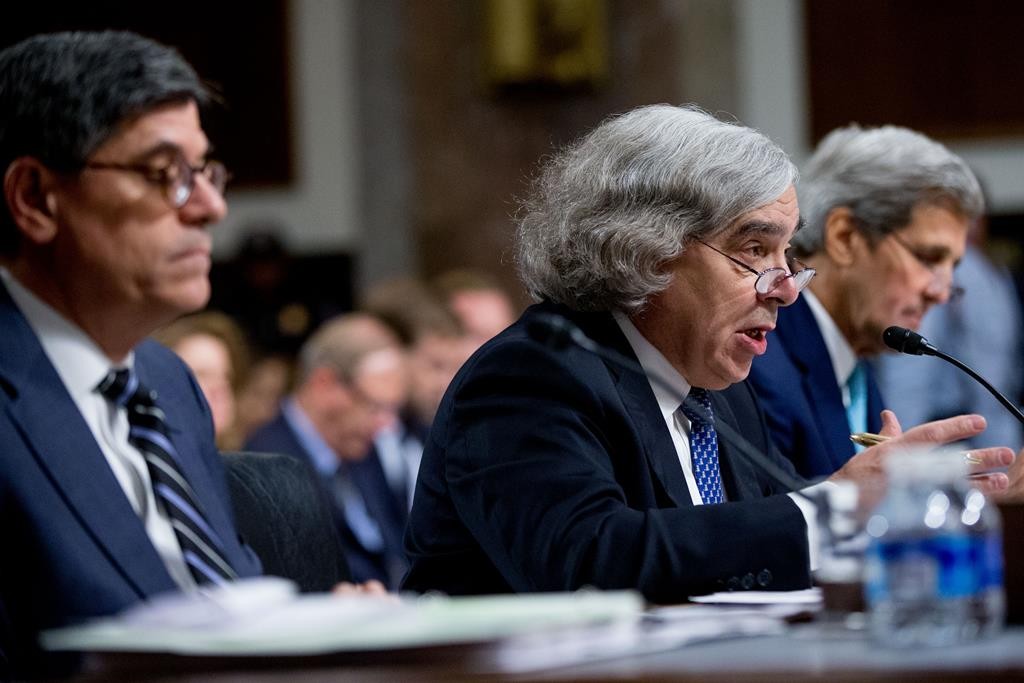 “So what’s your plan? … Totally go to war?” he challenged lawmakers who want to torpedo the deal.

Republicans were unpersuaded — and said so — at an occasionally contentious Senate Foreign Relations Committee hearing that marked the opening of a new phase in the administration’s drive to prevent Congress from undermining the accord.

Sen. Bob Corker (R-Tenn.), the panel’s chairman, told Kerry moments after opening the hearing, “Not unlike a hotel guest that leaves only with a hotel bathrobe on his back, I believe you’ve been fleeced.”

The deal, reached earlier this month, will take effect unless Congress blocks it. Republicans in control of the House and Senate hope to do that by passing legislation in September to prevent Obama from lifting sanctions that lawmakers put in place over several years.

Obama, who met at the White House during the day with a group of House Democrats, has promised to veto any such bill. That would lead to a vote to override his veto, and the administration is searching for 34 votes in the Senate or 146 in the House to assure a veto would stick.

Democrats and allied independents control 46 seats in the Senate, and so far Sens. Dick Durbin of Illinois, Dianne Feinstein of California and Martin Heinrich of New Mexico have announced support for the plan. In the House, Democratic Leader Nancy Pelosi has expressed optimism that a veto can be upheld.

The hearing unfolded as House Speaker John Boehner hinted at additional steps to stop the deal beyond the legislation, which is expected to be voted on after lawmakers return from an August vacation. “I think there’s a lot of tools at our disposal,” he told reporters, although he did not elaborate.

With the exception of Sen. Bob Menendez of New Jersey, Democrats questioned administration officials far more gently than the Republicans, suggesting they will side with Obama on a deal he has called historic.