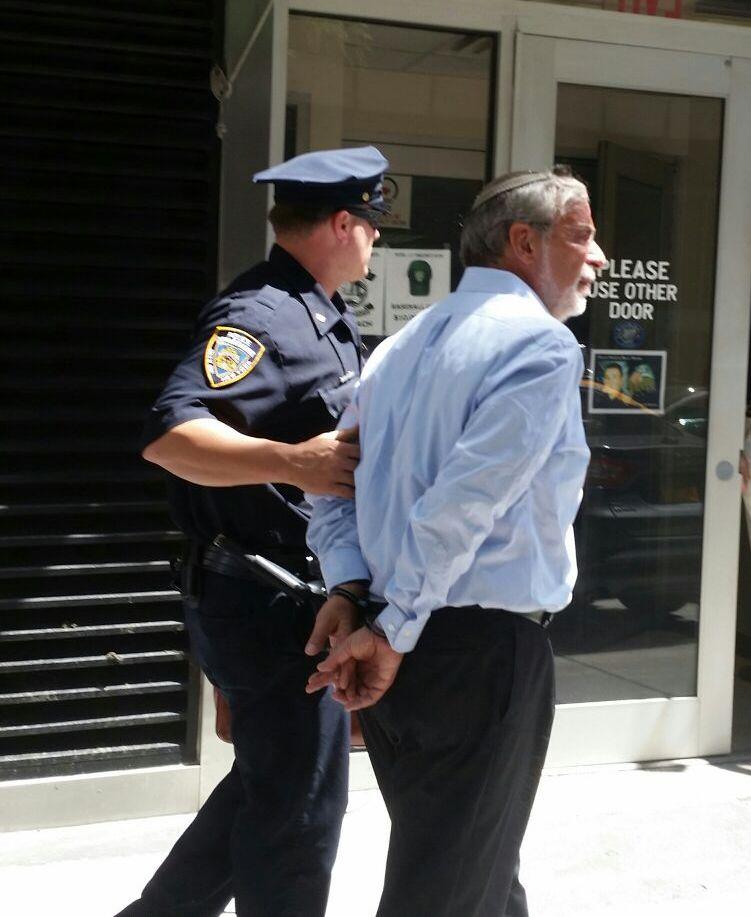 As the crowd loomed behind police barricades, chants of “Kill the deal!” could be heard for blocks. The event, billed as the “Stop Iran Rally,” represented Americans of all faiths and political convictions, according to organizers.

The group mainly targeted Sen. Charles Schumer, the New York Democrat who presumptively will be the Senate Democratic leader in 2016. Signs stating “Fact: Schumer — You Control The Votes to Stop The Deal!” and “Schumer — You Are No Shomer” dotted the protest site. The latter refers to Schumer’s frequent self-description as the “shomer” of Israel in the United States.

Demonstrators took note that Schumer did not attend the protest, prompting chants of “Where is Chuck?” from the crowd.

Schumer was in Washington Wednesday evening. He said in a statement that he has read the agreement and is waiting to speak with experts from both sides before deciding how to vote on the proposal.

At a smaller rally Thursday morning in front of Schumer’s Manhattan office, eight protesters, including Assemblyman Dov Hikind, were arrested for blocking the entrance to Schumer’s office. They were freed after being issued summonses for disorderly conduct.

“We have been called on to act and now is not the time to remain silent,” Hikind said in a press release. “These are unprecedented times.”

At the rally, Alan Dershowitz, a prominent Harvard law professor who taught President Barack Obama constitutional law 30 years ago, said he was “opposing the deal as a liberal Democrat.” He said he believed democracy was “ignored” because the Obama administration negotiated the deal without congressional input.

“That is not the way democracy should operate,” he told the crowd.

Other speakers included Caroline Glick of the Jerusalem Post and former Gov. George Pataki, who is running for president.

Desiree Soper of Long Island said she was drawn to the protest because she wanted to voice her opposition.