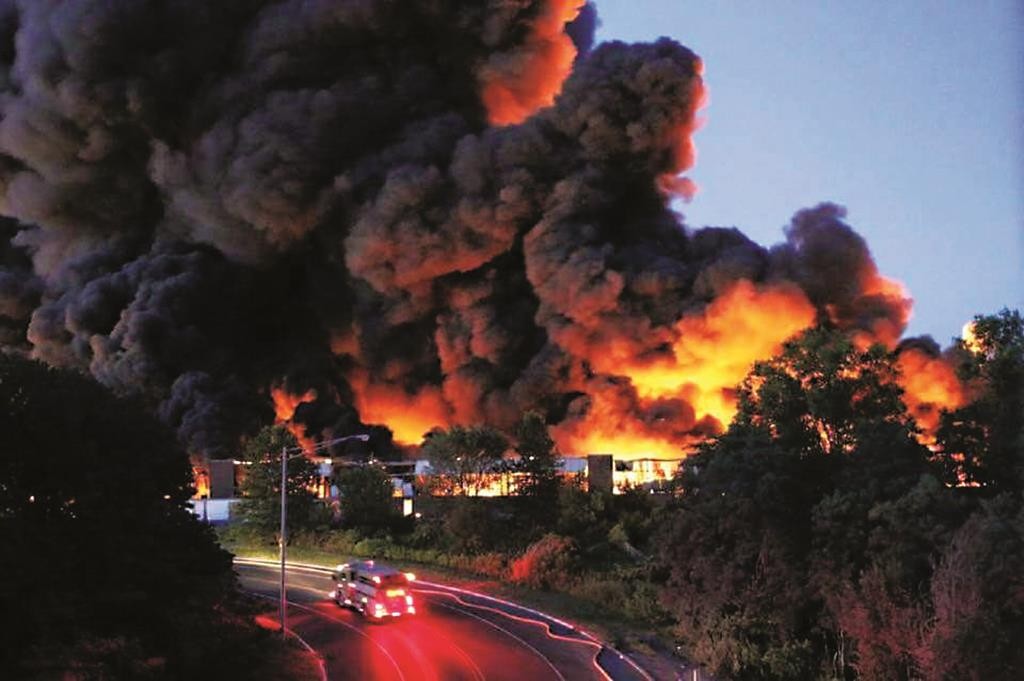 A large warehouse fire that was fueled by plastics, autos and household goods sent plumes of black smoke into the air Wednesday that were visible from space.

The fire broke out early in the morning in the rear of the complex that is used by eight businesses in North Brunswick. The flames quickly overtook a sprinkler system and spread from one end of the building to the other.

Firefighters decided to let it burn out and could be on the scene dealing with hot spots through the evening. By the middle of the day, most of the blaze was under control except for the section where a plastic plant was located.

The flames lit up the night sky, and the billowing thick smoke was visible on a weather satellite photo.