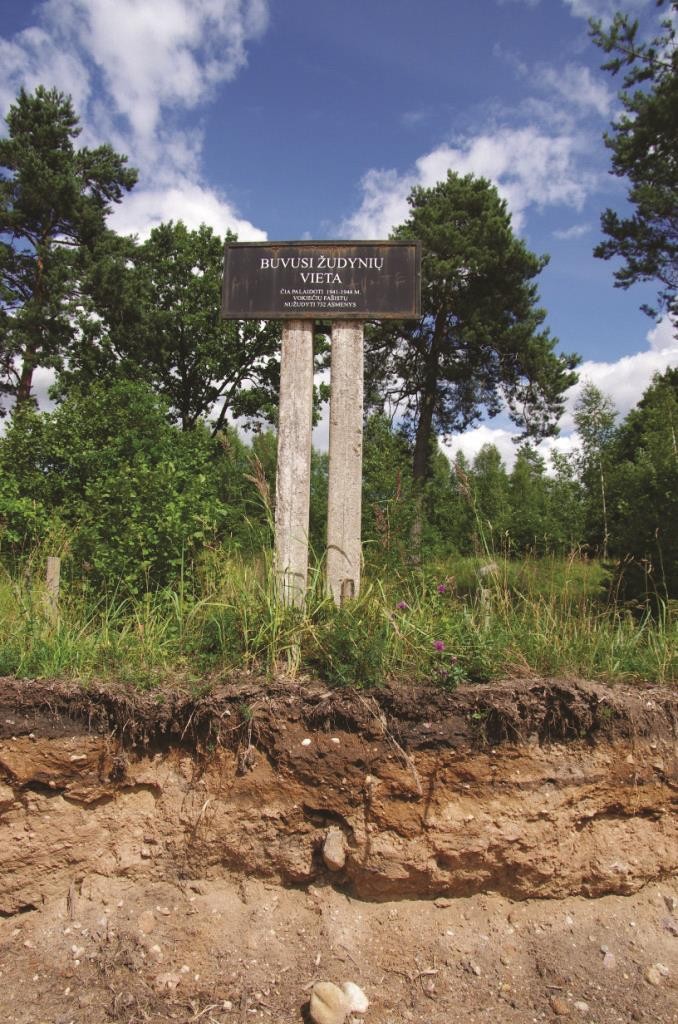 A concerted international outcry has halted the desecration of a Holocaust-era mass grave in Šiauliai, Lithuania, but what will happen in the future remains unclear.

“There was a united voice saying that this was not the right thing to do and the construction has stopped,” Dr. Bernard Fryshman, of the Conference of Academicians for the Protection of Jewish Cemeteries, told Hamodia.

Last week, representatives of the present-day Jewish community of Vilnius, known to most Jews as Vilna, brought a report about the construction of a road over the site, known to be the resting place of several hundred Jews, to the attention of activists in America. Lithuanian news sources had shown graphic pictures of bones that were discovered by workers and mentioned the intention to move the remains elsewhere, as well as allowing for anthropological tests on the remains.

Dr. Fryshman, as well as Rabbi Lazar Stern of Asra Kadisha, exerted pressure on the Department of State as well as directly on the leadership of the United States embassy in Lithuania to intervene in the matter. Rabbi Pinchas Goldschmidt, president of the Conference of European Rabbis, and Rabbi Chaim Burshtein, Lithuania’s Chief Rabbi, also took an active role in the matter. Ultimately, the Lithuanian government consented to a meeting with Rabbi Burshtein and several representatives of the local Jewish community, at which they agreed to halt all work being done. However, no formal commitment was given as to what would be done in the future with this and similar sites.

“It seems that they are willing to leave this site, but the whole area was used as a killing field. What’s going to happen when they want to build over the next one?” asked Dr. Fryshman.

Šiauliai, or Shavl, was one of Lithuania’s largest pre-war Jewish communities, at times second only to Vilna. Upon its invasion by German forces in 1941, a combination of SS and Lithuanian nationalists massacred several thousand Jews in fields on the outskirts of the city. They were buried in graves the martyrs were forced to dig themselves.

“You can usually see where the graves are,” Rabbi Stern told Hamodia. “The grass grows differently and the local non-Jews usually know where they are. This particular spot even had a sign.”

The American embassy in Vilnius has given a commitment to continue monitoring any activity near the site.

“The Department of State does a good job of monitoring, but we would like to see them take a more active role in prevention,” said Dr. Fryshman. “These are human beings, not artifacts. Cemetery preservation is a human rights issue.”