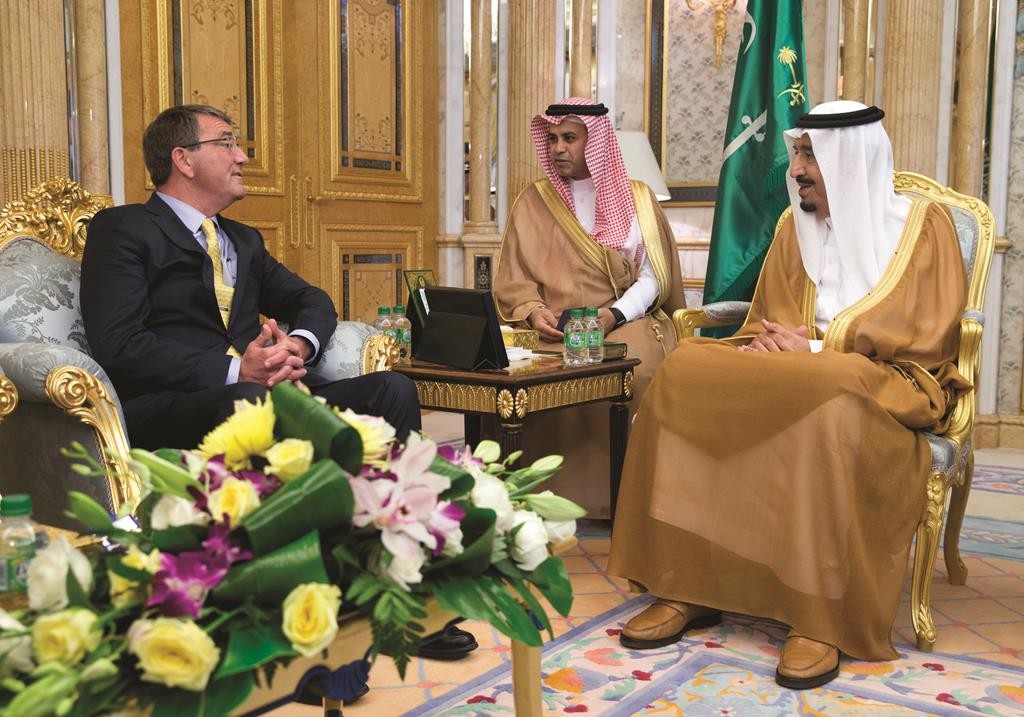 Saudi Arabia’s King Salman and his defense minister support the Iran nuclear deal but have doubts about how effectively the historic agreement will be enforced, U.S. Defense Secretary Ash Carter said Wednesday.

The Saudis appear to have reconciled themselves to the Iran deal, judging from Carter’s comments.

Carter spoke to reporters after meeting in Jiddah with the king and Defense Minister Mohammad bin Salman Al Saud.

“They both — the king and the minister of defense — reiterated their support” for the deal, Carter said. “The only reservations we discussed were ones that we clearly share, namely that we attend to verification of the agreement as it’s implemented,” and the use of a “snap-back” mechanism for quickly re-imposing sanctions on Iran if the Islamic Republic cheats on any part of the agreement to limit its nuclear program to peaceful pursuits.

“Those are the same issues that we know will arise” as the deal is implemented, Carter said.

What Carter described as Saudi support for the Iran nuclear deal stands in contrast to Israel’s strong opposition, which Carter heard in blunt terms Tuesday in a meeting with Prime Minister Binyamin Netanyahu.

Saudi Arabia sees Iran as its chief regional and ideological foe, as well as its rival in the OPEC oil cartel.