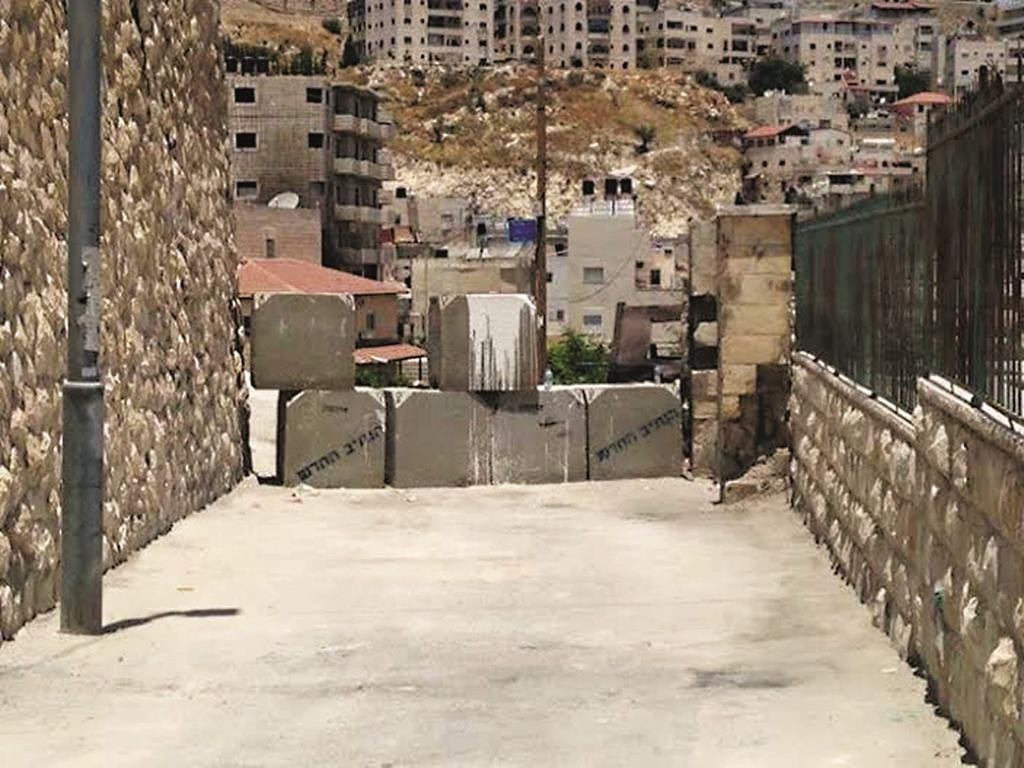 The Knesset on Monday passed a tough new law with a comfortable majority of 69-17 mandating tough sentences for anyone who throws a rock at a moving vehicle.

The bill, introduced by Justice Minister Ayelet Shaked, does not require proof of intent to kill in order to prosecute. The bill passed after a day-long heated debate in the Knesset during which opponents argued that the bill would be abused, and would amount to a gross violation of human rights.

Rock throwing on Har Hazeisim and its approaches has long been a problem, and so it was the International Committee for Har Hazeisim (ICPHH) that initiated the bill more than three years ago. Jeff Daube, one of the leaders of the ICPHH in Israel, supplied Knesset members from all parties with a translation of a Florida bill that mandates stiff sentences for rock throwers.

Knesset members from the coalition and opposition voted for the bill, including former Justice Minister Tzipi Livini who hailed the bill.

“We congratulate the Knesset on passing this bill, which will once and for all send a loud message that rock throwing against anyone will not be condoned, particularly against people who visit Har Hazeisim,” said Avrohom, Lubinsky, ICPHH chairman.

A leadership group of the ICPHH had met with Minister Shaked and other senior officials in an effort to pass such a tough new law. Lubinsky said that the provisions in the law that hold parents of minors accountable is “extremely important,” as most of the incidents are perpetrated by minors, mostly at the behest of parents who often stand on the sidelines to watch their offspring heave stones at passing vehicles. They do so because of their knowledge that the minors will not be held accountable. “That game is over,” said Mr. Lubinsky. .

In a related development, the ICPHH reported that the last month was relatively quiet at Har Hazeisim.

“The month that passed was one of the quietest in recent memory on Har Hazeisim and the reasons are quite clear,” said Mr. Lubinsky. He said that the closure of a road that runs through Har Hazeisim (called “Derech Halevayot”) and used by local residents as a shortcut to neighboring Arab villages, has greatly contributed to the curtailed violence. The stationing of a significant force of border police has also made a big difference, according to the ICPHH.

“It is imperative that the measures employed in the last month be permanently maintained,” said Lubinsky, noting that previous upticks in security were short-lived.

In meetings with senior government officials last month, the ICPHH was promised the construction of new fencing and walls around the eastern part of the cemetery, which includes the Afghanistan, Yemenite, Polen and Gur sections of the cemetery.

Chief Inspector Chaim Shmueli, who is responsible for Eastern Yerushalayim, said that our goal is “to keep anyone that does not belong on Har Hazeisim off the mountain.” Inspector Shmueli closed the road in what he called “a first step” in securing the cemetery. He was particularly proud of the arrangements that were made to protect some 20,000 people that recently came to Har Hazeisim to mark the yahrzeit of the saintly Ohr Hachaim. This year the yahrzeit passed without incident, as opposed to previous years when busses and visitors were pelted with rocks.

Despite the quiet on Har Hazeisim itself, residents of Maalei Hazeitim, just across the road from the cemetery, experienced a night of terror last Thursday as Arab thugs threw Molitov cocktails and firecrackers at the homes of the residents. Joshua Wander, who is a member of the development’s security committee and also active with ICPHH, said that the police response was slow and when they did come, “They seemed to blame us and did nothing to give chase.”

“We know that the Arabs have not given up in diluting the Jewish presence in the 3000-year-old cemetery,” said Lubinsky. “They don’t even acknowledge that it is a cemetery, instead calling it an extension of their Ras al Amud neighborhood.” Lubinsky said that he was hoping that the new government would once and for all deal with the security of Har Hazeisim and its approaches.

The ICPHH says that there has been an increased interest by government officials in securing Har Hazeisim. It pointed to the recent flurry of visits by government ministers, Mayor Nir Barkat and President Reuven Rivlin. The mayor has promised significant funds to bolster the security of the site.

It was just five weeks ago that 50 graves were desecrated, mostly burnt in the Afghanistan section of the cemetery.Weeks earlier, the desecration also occurred in the Gur chelka, as well as the in the Kollel Polin and Yemenite sections, which were frequently targeted due to their close proximity to several Arab neighborhoods.

The government has approved plans to build walls and fences around that section to completely separate them from the Arab villages, ending the easy access. A budget of NIS 7 million was approved to build the wall and fencing.