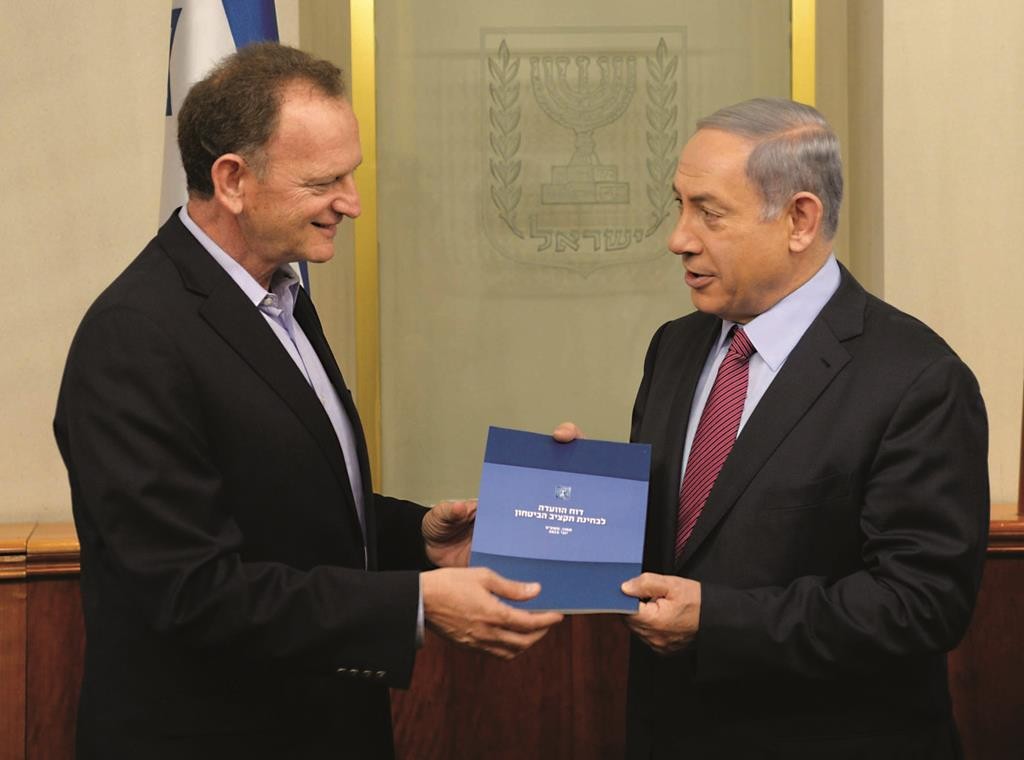 A commission appointed by Prime Minister Binyamin Netanyahu has submitted recommendations for sweeping changes in the budgetary framework and manpower requirements of the Israel Defense Forces.

The Committee to Evaluate the Defense Budget, headed by Maj.-Gen. (res.) Yohanan Locker, released a report on Tuesday which calls for a defense budget of NIS 59 billion a year for the next five years, shortening compulsory military service to two years from three and cancelling early retirement for non-combat personnel.

Although the NIS 59 billion figure represents an increase of about 5 billion in defense spending, since it would at the same time freeze the budget for five years, it represents less than Defense Ministry requests — NIS 62 billion in 2016, plus additional increases thereafter. It also makes no allowance for new security needs, such as in the field of cyberwarfare.

Minister of Defense Moshe Yaalon was openly hostile in his reaction, calling the report “shallow, extremely unbalanced and completely disconnected from reality surrounding and inside Israel.”

“If implemented, the report will be a gamble with the security of Israelis,” Yaalon charged.

However, not everyone in the security cabinet shared that view.

“The Locker Committee report is a brave report for a brave army. It has a social, defense, and economic message, and constitutes a rare opportunity for radical reform,” Minister of Education and Jewish Home party chairman Naftali Bennett said.

The 77-page report contains some 53 recommendations on a range of issues, including  elimination of pensions for IDF officers in non-combat units, raising the retirement age for some officers to 50 from the current 47 by 2029, reducing obligatory service for men from 32 months (to which it was only recently cut from 36 months) to 24 months, an 11% reduction “in the army’s human resources and salary” by 2017.

The IDF has already submitted a counter-proposal to shorten service to two years and three months by 2023.

Locker was also critical of IDF tactics in its fight with the Finance Ministry for more money, in particular canceling training drills in 2014 to dramatize the budgetary crisis. He said the training budget and programs should be not be subject to change without explicit authorization from the government.

In a closed press conference, Locker told reporters that the military can do more with what it has. If it agrees to implement “efficiency reforms” worth about NIS 9.6 billion between 2016-2020, the money would be then available for reinvestment by the IDF, thus easing the rigor of a fixed five-year budget plan.

The report also set its sights beyond the military itself, looking at the potential impact of such changes on Israeli society in general.

“Shortening the service will bring social and economic benefits without harming state security,” the report notes. “A wise implementation will bring about profound changes to the labor market, due to the entrance of young people into higher education, and as a byproduct to economic growth.”