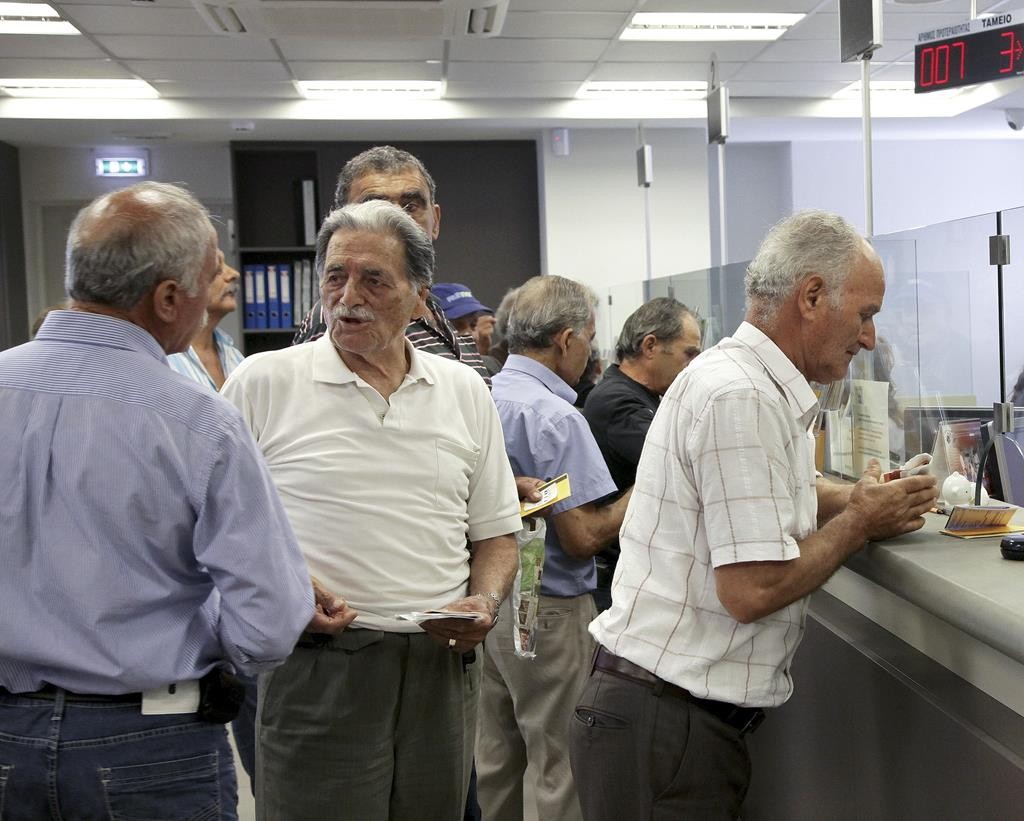 Greek banks reopened Monday for the first time in three weeks, but strict limits on cash withdrawals and higher taxes on everything from coffee to diapers meant the economic outlook for the recession-battered country was far from back to normal.

There were hopeful developments: The cash-strapped nation got a short-term loan from European creditors to pay more than 6 billion euros ($6.5 billion) owed to the International Monetary Fund and the European Central Bank. Non-payment of either would have derailed Greece’s latest bailout request.

But for most Greeks, already buffeted by six years of recession, Monday was all about rising prices as tax hikes demanded by creditors took effect.

Dimitris Chronis, who has run a small kebab shop in central Athens for 20 years, said the higher tax rates could push his business over the edge.

“I can’t put up my prices because I’ll have no customers at all,” lamented Chronis, who said sales have already slid by around 80 percent since banking restrictions were imposed on June 29.

“We used to deliver to offices nearby, but most of them have closed. People would order a lot and buy food for their colleagues on special occasions. That era is over.”

There are few parts of the Greek economy left untouched by the steep increase in the sales tax from 13 to 23 percent. The new rates have been imposed on basic goods, as well as to popular services, such as taxi rides, eating out at restaurants and ferry transport to the Greek islands.