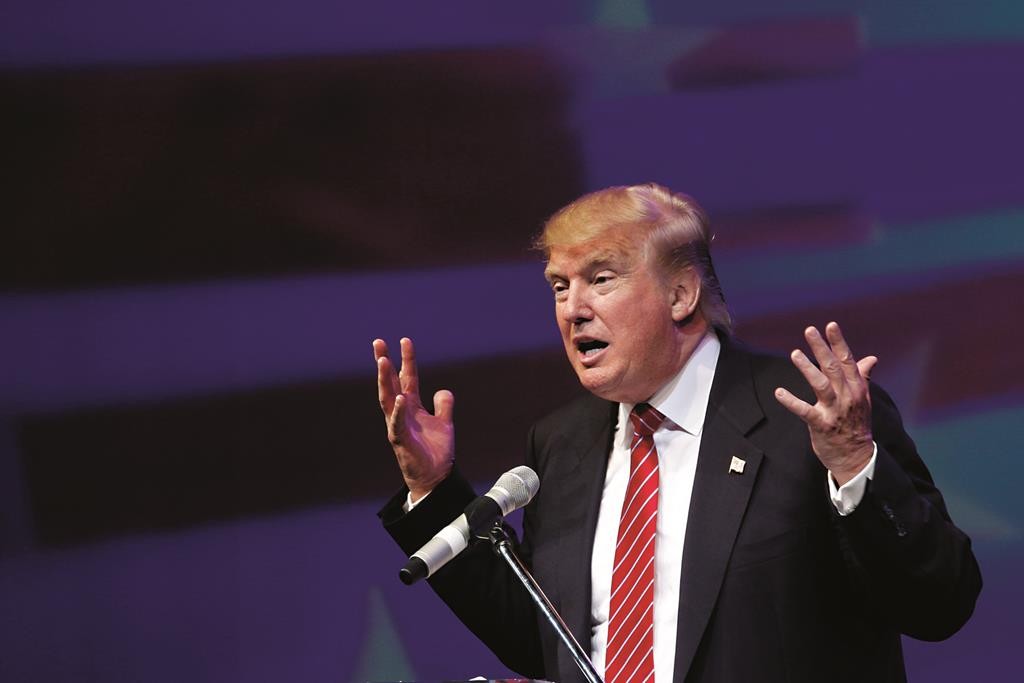 But Trump simply may not care; indeed he seemed to bask in his McCain takedown.

After dismissing McCain’s reputation as a war hero because he was captured in Vietnam, saying, “I like people who weren’t captured,” Trump declared “I will say what I want to say.” He insisted he would stay in the GOP primary field, despite rivals who say he’s now shown he doesn’t merit the presidency.

“It’s not just absurd,” Florida Sen. Marco Rubio. “It’s offensive. It’s ridiculous. And I do think it is a disqualifier as commander in chief.”

Numerous other GOP candidates, including Jeb Bush, Rick Perry and Scott Walker, were similarly critical of Trump. The Republican National Committee also put its thumb on the scale, issuing a statement saying “there is no place in our party or our country for comments that disparage those who have served honorably.”

As the furor unfolded, Trump spoke dismissively of his rivals and the GOP establishment in an interview with The Associated Press, recalling his years of helping to bankroll candidates.

“You know the Republican Party — of course I was one of their darlings when I was a contributor,” he said. “I went from a darling to somebody that they’re not happy with because I’m not a politician.”

Until now, Republicans have been largely cautious in their handling of Trump and his provocations.