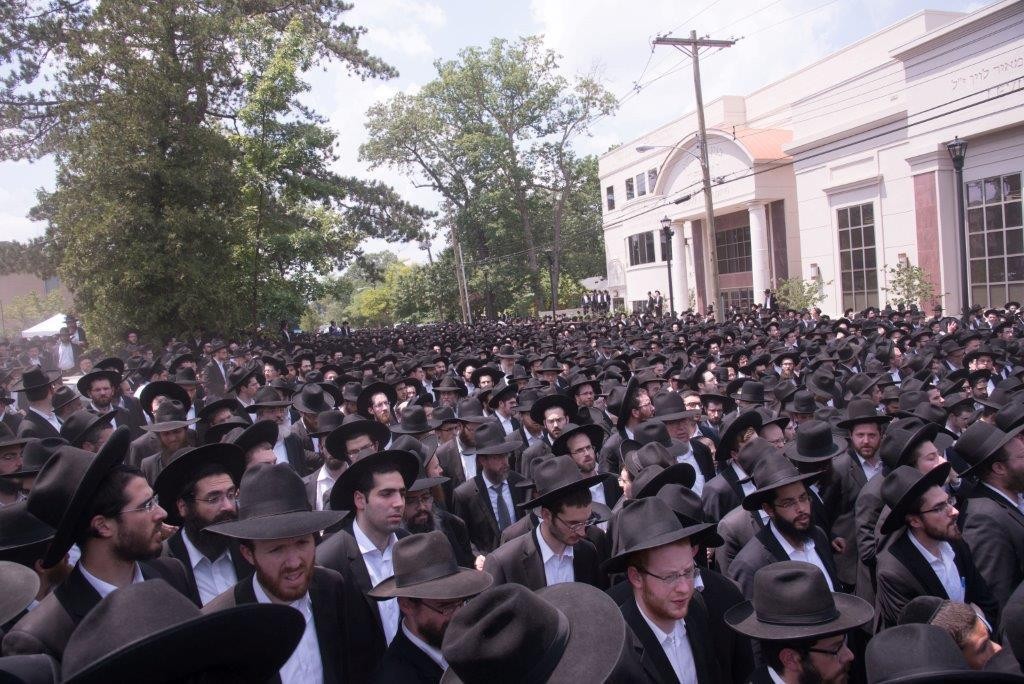 The American Torah world was thrown into mourning by news of the petirah of Rebbetzin Rischel Kotler, a”h, widow of Harav Shneur Kotler, zt”l, who passed away Friday night in her home at age 92. For more than half a century, Rebbetzin Rischel, as she was known, occupied her unique role as the matriarch of what would become the nation’s largest mekom Torah. From her humble but regal home on Fifth Street, she not only raised a legendary family of marbitzei Torah, but was a Rebbetzin to the entire community of bnei Torah and was regarded by many as “the mother of the yeshivah.”

“She was the mother of our family and all the families of the bnei hayeshivah; she was the heart of those families,” said Hagaon Harav Aryeh Malkiel Kotler, shlita, Rosh Yeshivas Beth Medrash Govoha and son of the nifteres, in his hesped. “Through all of her journeys and exiles she remained unchanged, holding on to her emunah peshutah and to her mesorah.”

The Rebbetzin was born in 1923 in a German-speaking region of Lithuania known as Memel. Her parents were Harav Aryeh Malkiel, a talmid chacham of note and respected member of the community, and Sarah Yehudis Friedman, Hy”d. Their home was steeped in the high ideals of the Slabodka Yeshivah, in which her father had studied. It was there that the nifteres absorbed her deep yiras Shamayim and unique sense of kvod and gadlus ha’adam.

“She had a tremendous ability to lift people up and inspire them to reach their true potential,” Rabbi Aaron Kotler, CEO of Beth Medrash Govoha and a son of the Rebbetzin, told Hamodia shortly after the levayah. “She was mechabed every single person no matter who they were, but to her a ben Torah was the epicenter of the world.”

Despite oppressive heat, thousands of men and women, young and old, turned out to bid farewell to the Rebbetzin, who — long before the idea of the “kollel lifestyle” was in fashion (it was barely in existence on these shores!) — set an early example of what it meant to be a “kollel wife.”

Her journey to Lakewood had not been an easy one. Shortly after her engagement to Rav Shneur, in 1939, her town was overrun by the Nazis. The family escaped, but in the course of the war, both parents of the Rebbetzin were martyred. Her two sisters managed to hide and both survived the war, while young Rischel endured over seven years of difficult exiles that would take her across Russia to Kobe, Japan, where she stayed with Harav Aharon Kotler, zt”l, her future father-in-law, and eventually Shanghai, where she spent a particularly lonely and difficult period.

She arrived in the United States in 1947, suffering from a severe case of tuberculosis she had contracted in Shanghai. Despite a grave prognosis from doctors, Harav Shneur insisted that the much-delayed marriage take place. Indeed, despite lifelong health problems, the Rebbetzin went on to live a long life and see many generations.

As Rav Shneur assumed the mantle of leadership of the Lakewood Yeshivah in 1962, the nifteres became increasingly involved in the needs of its growing body of talmidim. Her house was open to all those in need of care or advice. She personally arranged for countless shidduchim, particularly from the yeshivah’s early talmidim. Even as Lakewood grew, her life remained totally dedicated to the needs of others, giving hardly a thought to herself. Perhaps most remarkably, she carried on her role as a “leader” of the community from her small home with the highest ideals of tznius and an embodiment of “kol kvudah bas melech pnimah.”

A longer tribute will follow, iy”H, in the weekly edition.