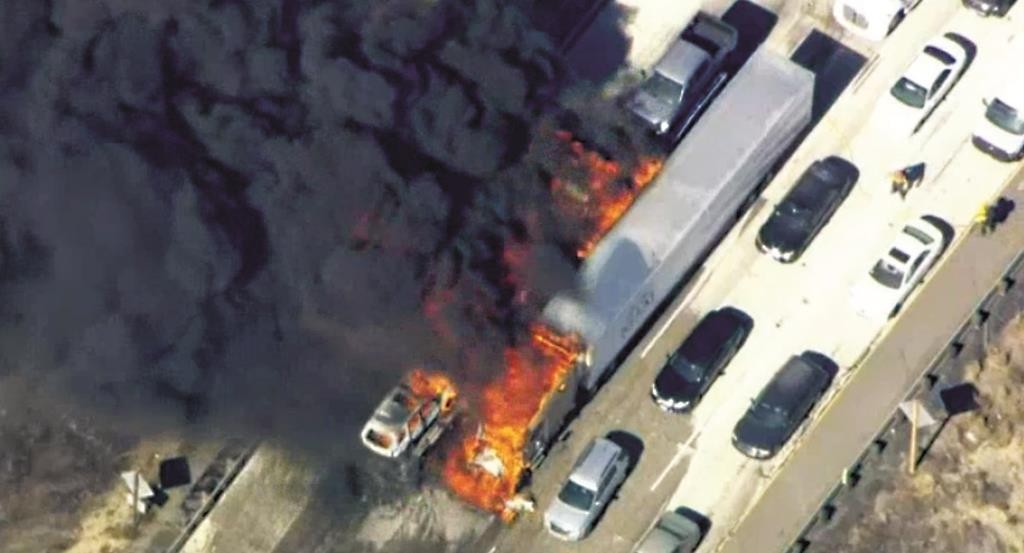 A rare summer storm allowed firefighters to contain 60 percent of a wildfire that swept across a California interstate, torching vehicles and sending people running for their lives.

The wind-driven fire was sparked Friday afternoon below the elevated lanes of Interstate 15. Pushed by 40 mph winds, it raced up a hill and onto the traffic-clogged freeway, trapping hundreds of people amid a cauldron of smoke, flames and ash.

The flames destroyed 20 vehicles on the freeway before heading into the neighboring community of Baldy Mesa, where it burned seven homes and destroyed 44 more vehicles.

California is in the midst of severe drought, and wildfires are common. Some break out near freeways, but it’s very unusual to have vehicles caught in the flames.