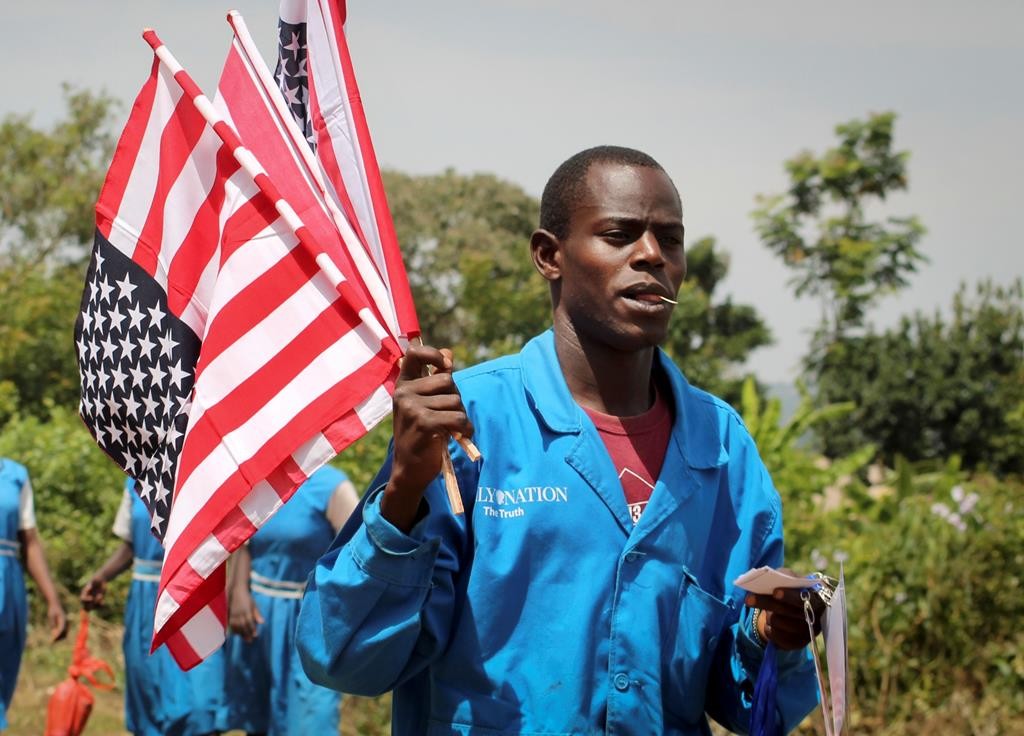 Malik Abon’go Obama yearns for the days when he and his half-brother were closer.

Two decades before Barack Obama became U.S. president, Malik fulfilled a pledge to their father to bring his sibling home to their village in western Kenya. Barack visited the house of Barrack Hussein Obama Sr. for the first time and met other relatives, including his step-grandmother, Sarah Obama.

These days, they aren’t so close. Malik, 57, says he’s never been invited to the Obama family home in the U.S. And he’s still waiting to be told by Obama that he’ll be visiting the land of his father’s birth. The Kenyan presidency said the visit on Friday won’t include a trip to Kogelo, 193 miles  northwest of the capital, Nairobi.

“From what I hear, he is coming now as the president of the United States,” Malik said in a June 29 interview at his home in Kogelo. “He should have at least informed us as his family.”

Although the government has denied it, there is speculation in Kogelo that Obama will travel there. Ogito Odipo, a 67-year-old flour miller, said he heard on the radio that Obama would come to the village for four hours.

With more visitors knocking at the door of Sarah Obama, the government has paved the road from the city of Kisumu 43 miles away to her gate, and had connected the village to the electricity grid. Mama Sarah Obama Road, near her home, has a primary and secondary school named after Senator Barack Obama, while a new hotel was built this year to accommodate visitors.

Sarah Obama, 94, lives across the road from Malik on about two acres of land where her husband Hussein Onyango Obama and his son Barack Hussein Obama are buried. The homestead has free-range chickens and cattle roaming around and is littered with mangoes that have fallen from the trees.

“Obama is coming as guest of the state and to see people of Kenya, not me,” she said.

When Obama made his first trip to Africa as president in 2013, he avoided traveling to Kenya, visiting South Africa, Senegal and neighboring Tanzania instead.