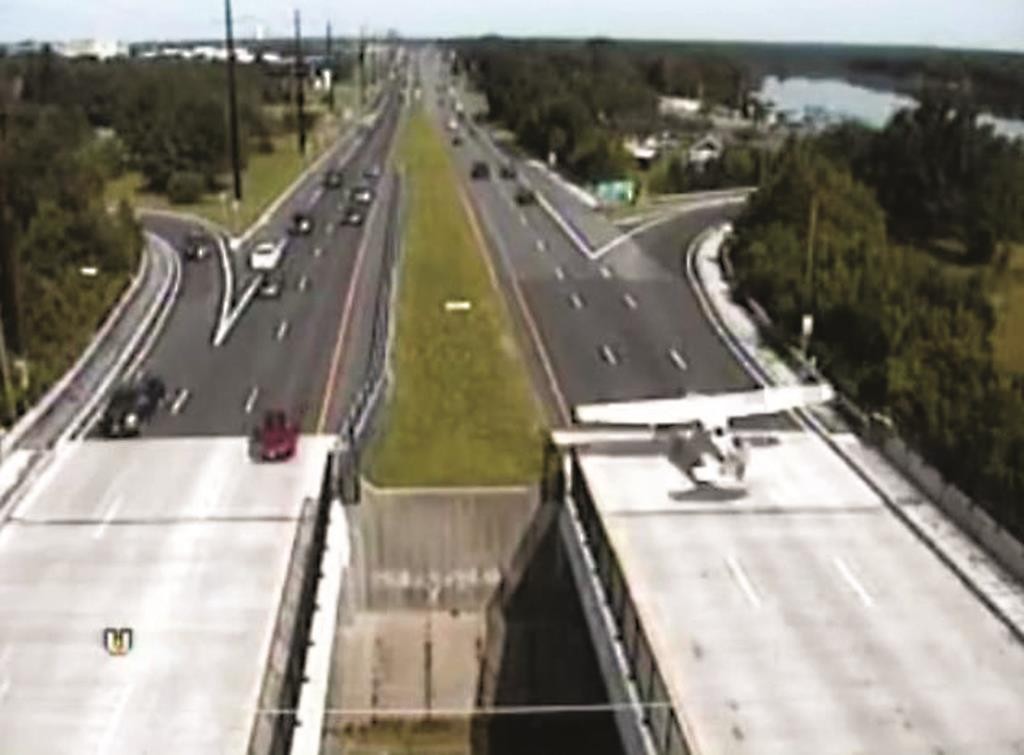 Police have released a video of a small plane carrying students from a skydiving school making an emergency landing on a New Jersey highway.

No one aboard the single-engine plane or on the ground was injured when the plane touched down Sunday morning on Route 72, one of the main roads between Philadelphia and the Jersey shore.

The video shows the plane coasting over heavy traffic before the pilot puts it down in the grass median. Besides the pilot, three skydiving students and an instructor were aboard the plane.