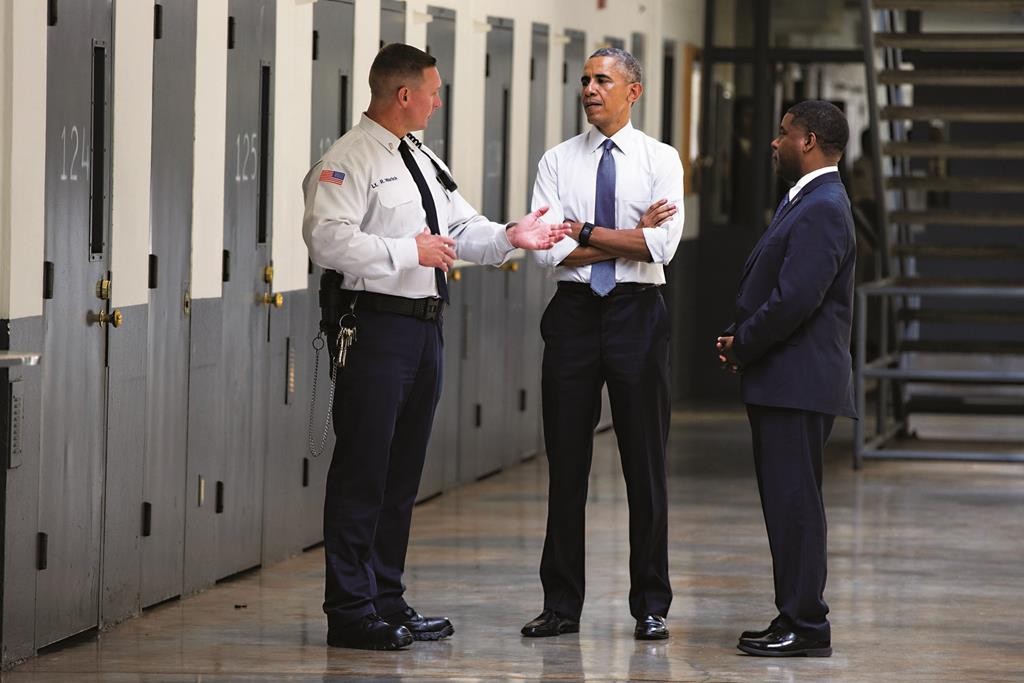 President Barack Obama got a firsthand look at the nation’s criminal-justice system Thursday, touring a federal prison and meeting with incarcerated men. After peering into a prison cell, he said the nation needs to reconsider the way crime is controlled and prisoners are rehabilitated.

Obama, who has vowed to make criminal-justice reform a centerpiece of his closing months in office, said he also felt a kinship with some of the young inmates.

“When they describe their youth and their childhood, these are young people who made mistakes that aren’t that different than the mistakes I made,” Obama said following his private meeting at the El Reno Federal Correctional Institution, a medium-security prison for male offenders near Oklahoma City.

The president said there must be a distinction between young people “doing stupid things” and violent criminals. Young people who make mistakes, he said, could thrive if they had access to resources and support structures “that would allow them to survive those mistakes.”

Among the changes Obama is seeking is the reduction or outright elimination of severe mandatory minimum sentences for nonviolent offenders. Earlier this week, he used his presidential powers to shorten the prison sentences of 46 people convicted on charges involving illegal substances, as he forcefully fought for an alternative to the continued lengthy incarceration of people convicted of crimes he said did not fit the punishment.

Overly harsh prison sentences, particularly for nonviolent drug crimes, are to blame for doubling the prison population in the past two decades, Obama said earlier this week. Half a million people were behind bars in 1980, a figure that has since quadrupled to its current total of more than 2.2 million inmates.

The White House said Obama was the first sitting president to visit a federal prison. The presidential motorcade rolled past fences topped with multiple layers of razor wire as it entered the sprawling prison complex.