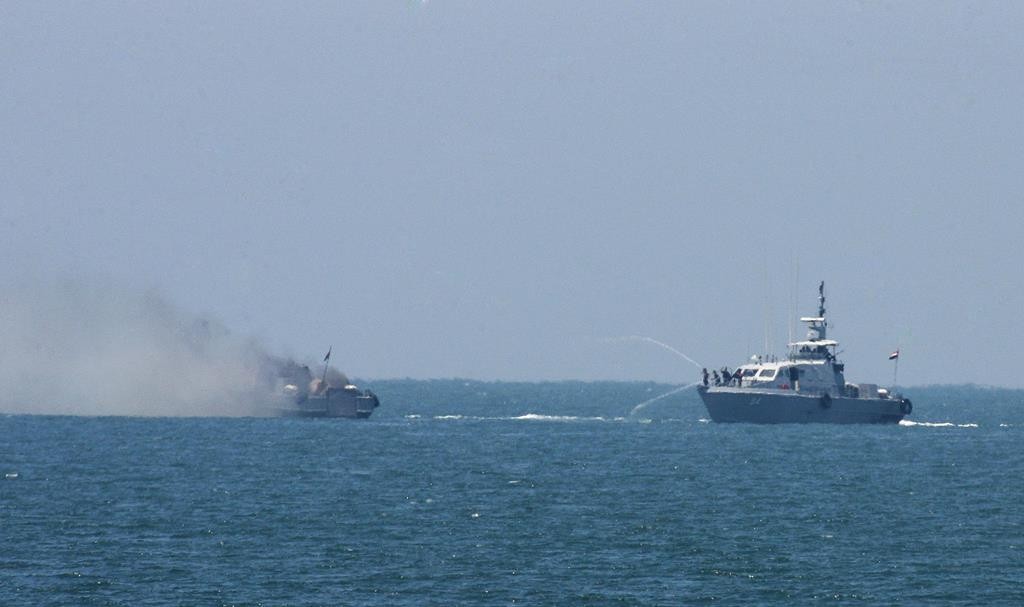 An Egyptian navy vessel was targeted on Thursday by terrorists affiliated with Islamic State, who claimed they destroyed it with a rocket while it was anchored off the Sinai peninsula’s Mediterranean coast.

Egyptian military spokesman Brig. Gen. Mohammed Samir said the vessel caught fire in an exchange of fire with “terrorists” on the shore and that there were no fatalities among its crew members.

However, security officials said an unspecified number of crew members suffered injuries from the raging fire and that several of them jumped overboard to escape it.

The attack on the ship is the first of its kind by the Islamic State affiliate in Egypt, representing a qualitative increase in the military capabilities of the group, whose campaign of violence has been mostly restricted to the northern part of Sinai bordering Gaza and Israel. Its claim of responsibility for Thursday’s attack on the vessel is the second in as many days for major operations or attempted ones.

On Wednesday, the military said it foiled an attempted attack on a military post on a highway linking Cairo to the Red Sea coast. The driver of a car that was carrying 500 kilograms (1,100 pounds) of explosives refused to stop at a checkpoint, drawing fire from troops, the military said in a statement. It then swerved off the road and the driver was killed, it added.