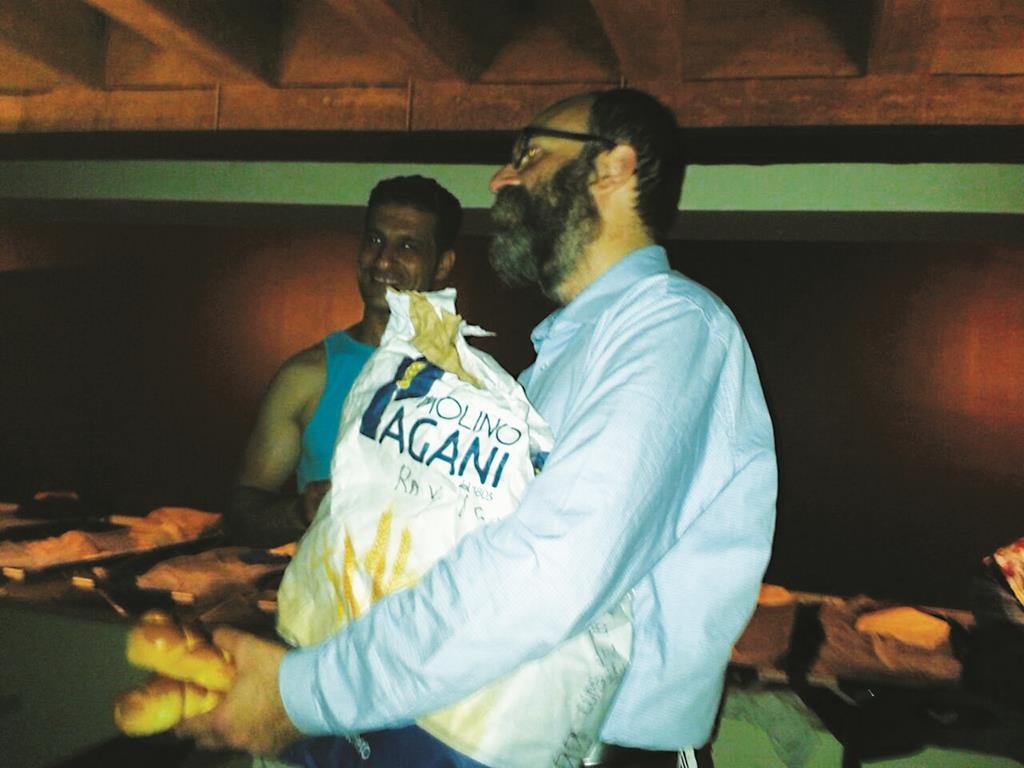 The train platform, once used to deport thousands of Italian Jews to Nazi death camps, has become the staging ground for Milan’s Jewish community’s efforts to aid a recent surge of Muslim refugees to their city.

“Italy has been doing a lot of work in welcoming refugees and human rights. Because of our People’s history, I thought it was important that we find some way to help,” Milan City Councilman Ruggeo Gaby, a member of the city’s Jewish community, told Hamodia.

Over the past year, Italy has increasingly become the first stop of many refugees fleeing war-torn locations including Syria, Ethiopia, Eritrea and Somalia. Even though the vast majority continues on to other locations in northern Europe, Milan has been challenged to provide temporary shelter for the many who pass through the central rail hub.

Milan’s Shoah Memorial, which includes a museum, was opened in 2013 and is located at the highly symbolic Platform 21 of the city’s still-active train station. According to the center, it is the last remaining site of Nazi-era deportations that is still intact. Knowing of the ample facilities available at the memorial and its location adjacent to the rail station, Mr. Gaby approached the museum’s leadership about using part of the space to host refugees for the short time they spend in Milan.

For the past few months, accommodations have been made for part of the memorial to be portioned off to provide sleeping and washroom facilities for 30 to 40 transients every night.

Shortly after the goodwill project got underway, Rabbi Yigal Hazan mobilized Beteavon, the Chabad-sponsored soup kitchen under his direction, to provide daily meals for the groups being housed at the memorial.

“I went down a few times to speak to the people there and told them that we Jews know very well what it means to be refugees,” said Rabbi Hazan, originally from Syria, who was able to communicate with some of the refugees in Arabic. “One time we brought them a bunch of freshly baked challos. They were all very happy.”

Beteavon’s kashrus standards suit the needs of the mostly Muslim transients, many of whom adhere to halal.

When asked about the role of such initiatives to improve relations between Jews and Muslims in Europe, Mr. Gaby responded, “It is not enough to solve the problems. It’s a drop in the ocean, but it can be a helpful drop.”