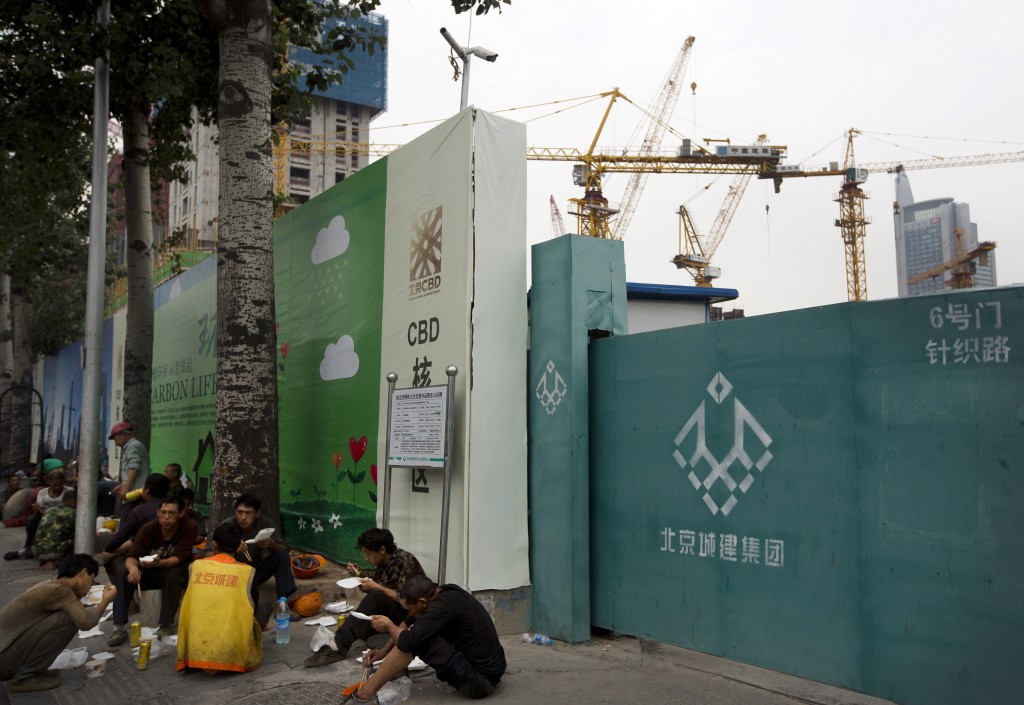 China’s economic growth in the latest quarter held steady at 7 percent, its weakest performance since the global crisis, but better retail sales and factory output in June suggested efforts to reverse the slump may be gaining traction.

The figure reported Wednesday was slightly above forecasts and came as the ruling Communist Party is struggling to reverse a stock market plunge that threatens to disrupt its economic-reform plans.

The ruling party is trying to steer China to slower, more sustainable growth based on domestic consumption instead of trade and investment. But an unexpectedly sharp downturn over the past two years raised the threat of politically dangerous job losses. Beijing responded by cutting interest rates four times since November and pumping money into the world’s No. 2 economy through spending on construction.

“There are good reasons to think that the latest figures are mirroring a genuine stabilization of conditions on the ground,” said Julian Evans-Pritchard, of Capital Economics, in a report.

Retail-sales growth accelerated in June to 10.6 percent, up 0.5 percentage points from May’s rate. Factory output rose 6.8 percent, an improvement of just under 1 percentage point from the previous month.

A government spokesman cautioned that the economy still faces “increased downward pressure,” due in part to weak demand for Chinese exports.

“The foundation for the stabilization of China’s economy needs to be consolidated,” said a spokesman for the National Bureau of Statistics, Sheng Laiyun, at a news conference.

Second-quarter growth probably benefited from a stock-market boom that brought brokerages a flood of revenue, according to analysts.

The market has tumbled from its early June peak, prompting a massive government intervention that included banning sales by large shareholders and a pledge by state-owned brokerages to buy stocks.

The plunge prompted concern consumers might cut spending, but analysts say the impact should be limited. Fewer than 10 percent of Chinese households own stocks, compared with up to one-third in the United States and Europe.

“The real impacts on the domestic economy are likely to be limited to short-lived volatility in industrial sector profits,” said Brian Jackson, of IHS Global Insight, in a report this week. “The most substantial hit to the economy over the medium and long term will be to investor confidence.”

The latest figures keep China on track to meet the Communist Party’s official growth target of 7 percent for this year. The International Monetary Fund and private-sector forecasters expect that to decline further in coming years.

Much of the slowdown from China’s double-digit growth in the previous decade was self-imposed, as communist leaders tightened controls in an attempt to cool inflation, surging housing costs and an investment boom.

The ruling party has promised to give entrepreneurs a bigger role in the state-dominated economy. But they have yet to take significant steps to reduce the monopolies and other privileges of government companies.

The government didn’t break out June’s investment growth rate, but Evans-Pritchard of Capital Economics said the data suggest it accelerated to 11.4 percent from May’s 10 percent.

“The support to growth from the financial sector should soon fade. But the recent step-up in policy support will limit the downside risks,” said Evans-Pritchard. “We think that growth is on track to slow only gradually over the course of the next few years.”