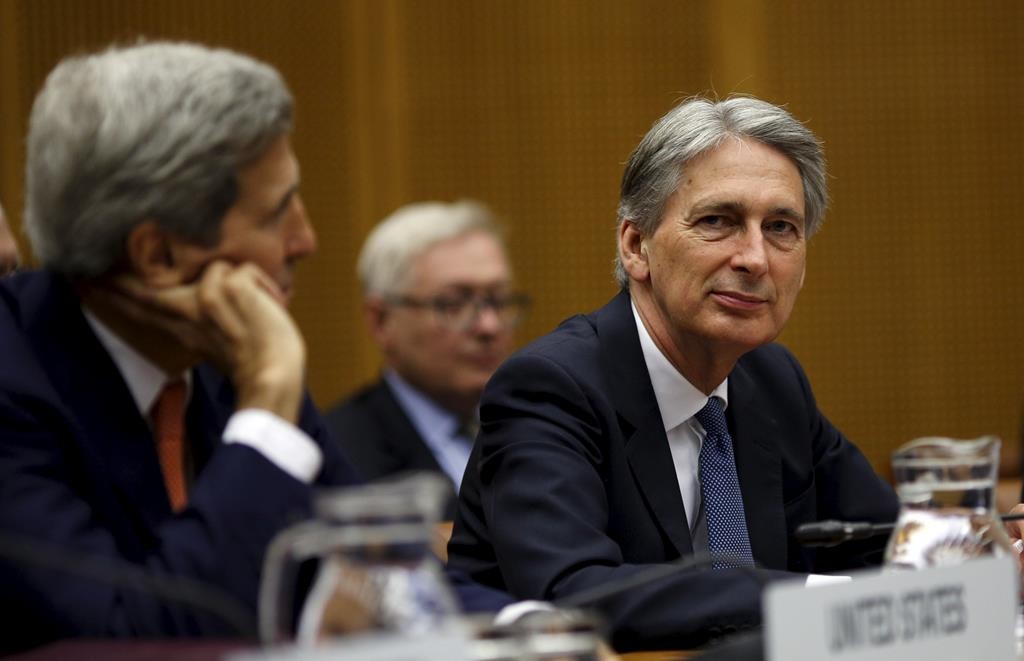 The United States and some of its partners in the nuclear agreement with Iran have rebuffed the scathing criticism coming from Israel.

In a press conference held as part of the media campaign to sell the deal to the American public, Obama acknowledged on Wednesday that “Israel has legitimate concerns about their security relative to Iran. It is a large country, with a sizable military that has proclaimed Israel shouldn’t exist, denied the Holocaust and funded Hizbullah which has missiles pointed at Tel Aviv.”

But the dangers would be much greater without a diplomatic agreement, and the critics have offered no viable alternative, he argued.

“For all of Netanyahu’s and the Republicans’ objections, none of them have presented to me, or to the American people, an alternative. I hear the talking points that this is a historically bad deal that will threaten Israel, the world and the U.S. What I haven’t heard is: What is your alternative?” he asked.

In an interview earlier with the New York Times, Obama said that “Prime Minister Netanyahu would prefer, and many of the critics would prefer, that [Iran] doesn’t even have any nuclear capacity,” Obama told The New York Times. “But really, what that involves is eliminating the presence of knowledge inside of Iran.”

“Nuclear technology is not that complicated today, and so the notion that the yardstick for success was now whether they ever had the capacity possibly to obtain nuclear weapons — that can’t be the yardstick,” Obama said. “The question is, do we have the kind of inspection regime and safeguards and international consensus whereby it’s not worth it for them to do it? We have accomplished that,” he asserted.

Regarding the objection that the accord does not address Iran’s support for terrorism abroad, the president insisted that it was irrelevant to the discussion.

“We’re not measuring this deal by whether we are solving every problem that can be traced back to Iran, whether we are eliminating all their nefarious activities around the globe. We are measuring this deal — and that was the original premise of this conversation, including by Prime Minister Netanyahu — Iran could not get a nuclear weapon. That was always the discussion.”

Obama said that he believed Congress will not be able to mobilize sufficient support to prevent the deal.

In London’s parliament on Wednesday, Britain’s Foreign Secretary Philip Hammond dismissed Israeli criticism, saying that Israel would not have gone along with any deal with Tehran.

“The question you have to ask yourself is what kind of a deal would have been welcomed in Tel Aviv. The answer of course is that Israel doesn’t want any deal with Iran,” Hammond said in reply to an opposition MP who objected to the agreement and cited dismay in Israel.

“Israel wants a permanent state of stand-off and I don’t believe that’s in the interests of the region. I don’t believe it’s in our interest,” Hammond said. He added that Britain hopes to re-open its embassy in Tehran before the end of the year.

German Foreign Minister Frank-Walter Steinmeier rebuked the Israelis for being intemperate in their response to publication of the accords.

“This is a responsible deal and Israel should also take a closer look at it and not criticize the agreement in a very coarse way,” Steinmeier told German broadcaster ARD in an interview on Wednesday.

Meanwhile, the scorn continued to pour forth from Yerushalayim.

Netanyahu said he reviewed the text of the deal on Tuesday night, and that it includes “absurd things.” He cited a clause that requires international inspectors who suspect violations of the deal to give Iran 24 days before inspectors can actually enter the site.

“It’s like giving a crime organization that deals in drugs a 24-day notice before checking its drug lab,” Netanyahu said.

He also objected to a clause that allows new investors in Iran to continue investments if additional sanctions are imposed on Iran in the future. And he openly wondered whether one of the names of people listed as those who would be freed of sanctions, Gen. Qassem Soleimani, was the man who heads Iran’s elite Quds Force of the Revolutionary Guard.

“If this is a different Soleimani, it would be good to know, because if not the absurdity crosses all lines,” Netanyahu said.

A senior State Department official confirmed to ABC News that it was the same Soleimani, but that he won’t receive the sanctions relief for another eight years and that all existing U.S. sanctions on Soleimani will stay in place.

Yuval Steinitz, who is responsible for nuclear affairs in the cabinet, told reporters that the plan was full of loopholes, particularly when it comes to verification and Iran’s “breakout” capability — the time it would theoretically take it to develop a nuclear weapon.

Steinitz was irate over the fact that Iran will have access to around $100 billion of frozen assets as soon as the deal is implemented, which is expected to take six months.

“Those who think that giving Iran $150 billion will have no effect on the Middle East are naive,” said Steinitz. “It’s like pouring fuel on the burning Middle East.”

Asked what extra weapons Israel might request from the United States, Steinitz would not be drawn, saying the only acceptable compensation would be an agreement that prevents Tehran producing nuclear arms.

Knesset Speaker MK Yuli Edelstein said Wednesday that the deal struck with Iran represents a Western moral collapse in the face of totalitarian Islamism, and that Israel must do whatever necessary to prevent Iran from obtaining nuclear weapons.

“I regret to say that the agreement signed yesterday with Iran expresses a systemic collapse, a hallucination with international sponsorship. Iran is toying with the West and stating openly its intention to continue its murderous plans even against the ones negotiating with it, and that is why this is a dangerous illusion — not just for Israel but for the world’s peace.

“I have a deep foreboding, which is not without basis, that it is paving the way for building numerous nuclear bombs, while giving tens of billions of dollars to the Iranian terror machine.”