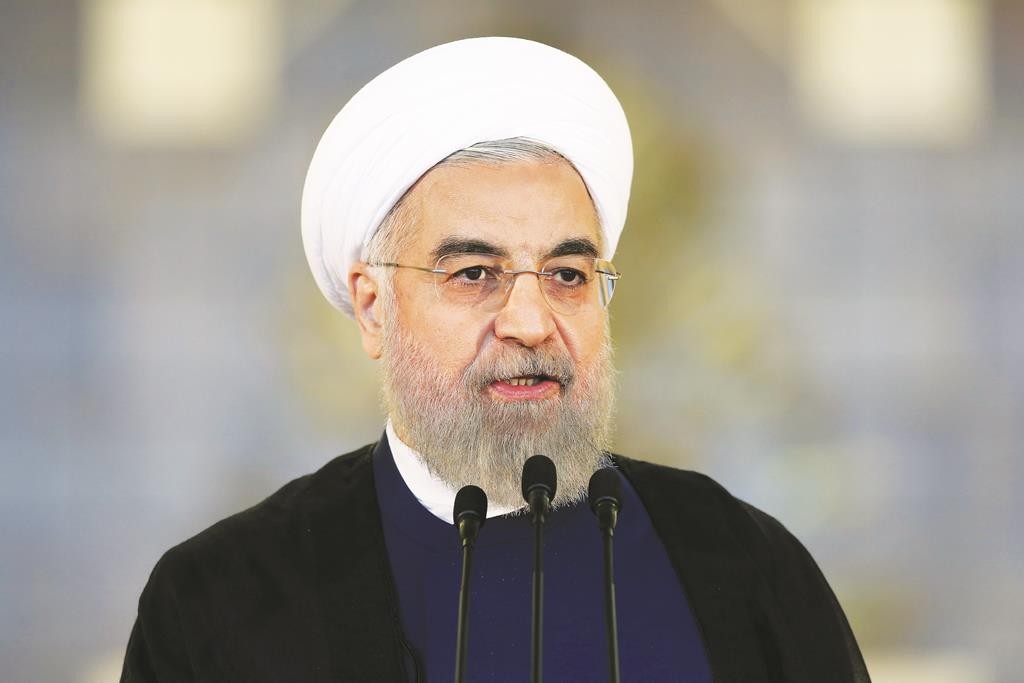 Rouhani praised the deal reached between his nation and the negotiators representing China, France, Germany, Russia, the United Kingdom and the United States.

Rouhani appeared to be addressing both a cautiously suspicious international audience and the hardliners within his country who have been less than happy with the way negotiations had been going, as well as a more general Iranian audience that had been waiting for a decade for this deal.

Most significantly to his constituents, he noted the crippling sanctions that he admitted “had hurt the people of Iran” would soon be lifted. The United Nations sanctions against Iran include everything from trade to banking to travel by certain people.

“I would like to announce to the Iranian people, that all sanctions will be lifted,” he said.

“We didn’t ask for charity,” he said. “We asked for fair, just, win-win negotiations.”

In a tweet before he spoke, Rouhani had called the past 12 years of angst over the Iranian nuclear deal “an unnecessary crisis.” During his talk, he noted “a new chapter has started.”

“We were pursuing four goals,” he said. He said Iranian officials had entered the negotiations hoping to get an agreement that allowed Iran’s nuclear activities to continue.

They also sought “to lift the insane sanctions.” In addition, he said, they wanted “all U.N. resolutions, which we believed were illegal, to be ended.”

And finally, he said, Iran wanted “the U.N. Security Council to end its resolution on the Iranian nuclear program.”

“Today all of those goals have been successful.”

His talk, which lasted about 40 minutes and was broadcast live, appeared to be focused on making the point that Iran got what it wanted from the negotiations and did not simply cave to the will of the six world powers.

Even before he spoke, Israeli officials were highly critical of the deal, and he appeared to address that as he wrapped up his talk.

“Today the people of Gaza, Lebanon, Jerusalem and West Bank are also happy because the endeavors of the Zionist regime were defeated,” he said. “Neighboring countries, do not be deceived by the Zionist regime.”