Israel Israel Gears Up for Day After Iran Deal
Israel 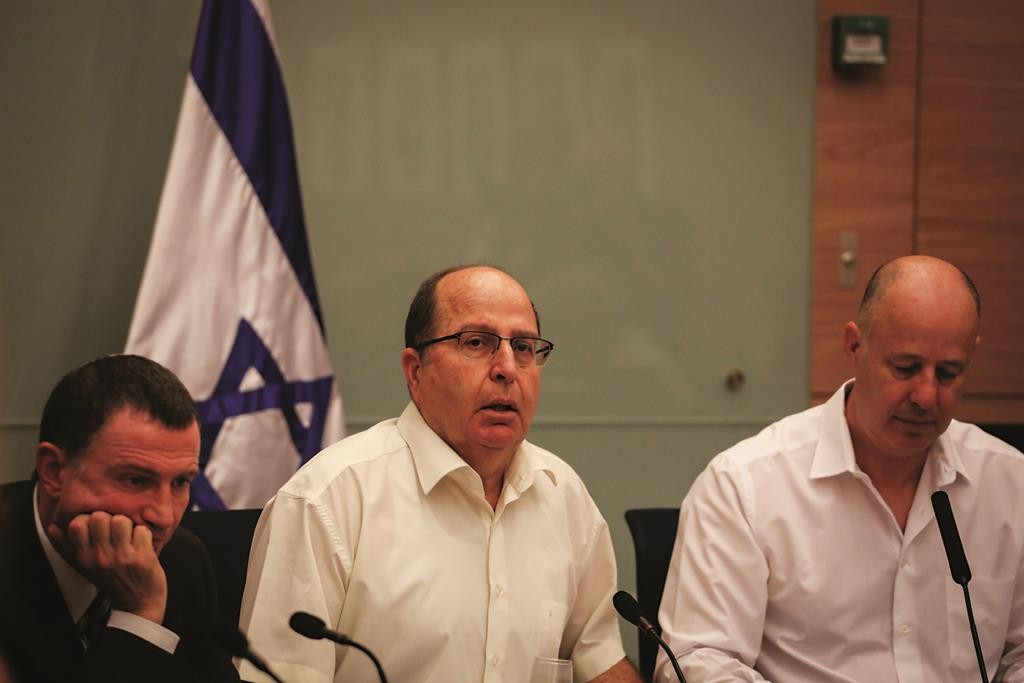 As Iran and world powers appeared on the verge of finalizing a deal on Monday, Israeli leaders were announcing that they would not relent in their efforts to keep that deal from being consummated.

Prime Minister Binyamin Netanyahu declared that “now more than ever”
it was Israel’s obligation to prevent Tehran from obtaining a nuclear weapon.

Netanyahu lashed out at  Western diplomats for giving in to an Iran that continues to unabashedly villify America and Israel.

“Even this weekend, when Iran continued to get more and more concessions at the negotiating table, Iranian President Hassan Rouhani led a march through the streets of Tehran in which the masses yelled, ‘Death to America, Death to Israel,’” Netanyahu said.

“If even after these unequivocal calls for annihilation, the negotiators continued to make concessions, then they are probably ready to make a deal at any price — and there is no plan or desire to avoid a bad deal,” he said.

Defense Minister Moshe Yaalon told the Knesset Foreign Affairs and Defense Committee on Monday that the emerging deal, “as we know it,” would allow Iran “to be in the nuclear threshold zone and even become a nuclear threshold state.”

“Essentially, the deal whitewashes all that Iran has done in violation of decisions, including the Security Council’s, the international community’s and everything connected to nuclear proliferation,” he said.

If it becomes a reality, “of course we will need to continue to prepare to defend ourselves with our own forces,” he said.

An Israeli security source warned against Iran’s “tricks and shticks,” and called it an “inconceivably dangerous” deal, according to a Ynet report on Monday.

“Iran entered negotiations at a disadvantage, economically strangled and desperate for an agreement. Instead of pushing them further, leading to the total freeze of the nuclear program … the West acted like amateurs and gave Iran a gift,” he said.

Regarding the way forward, assuming the deal is done in Vienna, Foreign Ministry director-general Dore Gold outlined Israel’s strategy for a concerted lobbying effort in Washington.

Gold, in an interview with The Times of Israel, began by framing the issue in terms of the Cold War: “Imagine you could stop the Soviet Union in 1945 from getting nuclear weapons. Imagine you had no Cold War. That would have been a much safer and better world,” he said.

“It’s understandable how it happened, how the Cold War emerged from World War II. But here, with Iran, you have the chance to prevent it. And if you don’t prevent it, you’re setting the stage for the next global struggle.”

In Washington, “we have to raise our concerns in a very honest way, with mutual respect,” said Gold.

“Ultimately, Israel will be respected for saying its views, as long as this discussion and disagreement is conducted with a level of civility and mutual respect. We cannot bury the severity of the threat and the fact that we have a different view.”

When asked “if the Iranians had a nuclear weapon, would they use it against Israel?” Gold, who authored a book on the potential of a nuclear Iran, was circumspect, though in general he did not downplay the danger.

“Once Iran gets nuclear weapons, do you really believe that the West will operate against Iran in cases [where] Iran engages in robust terrorist acts? We’re in a whole different universe.

“That will be the first impact of an Iranian nuclear capability. Another is, of course, how its various surrogates act.”

On Netanyahu’s recent warning that “Iran’s ultimate goal is to take over the entire world,” Gold was not encouraging.

“The fact is that Iran now has a terrorist presence in some 30 countries on five continents. Why did it have to have military operations in Argentina? I believe that, in fact, the Iranians do have an ultimately global view. Why are the Iranians building missiles of increasingly greater range?”

On Monday, Netanyahu also rebutted comments from Yesh Atid leader Yair Lapid and Opposition leader Isaac Herzog, who accused him of failing to keep his campaign promise to prevent such a deal with Iran.

“We did not promise to avoid a deal or prevent a deal, certainly not the one that the world powers are prepared to sign off on at any price,” Netanyahu explained. “We did vow to prevent Iran from arming itself with a nuclear weapon — and indeed, without our efforts over the years, Iran would already have been capable of building an atomic bomb long ago.”

Gold’s reaction to the opposition criticism was clipped: “The story of Iran’s nuclear capability is not over. So I would not render a final judgment on the prime minister at this point.”