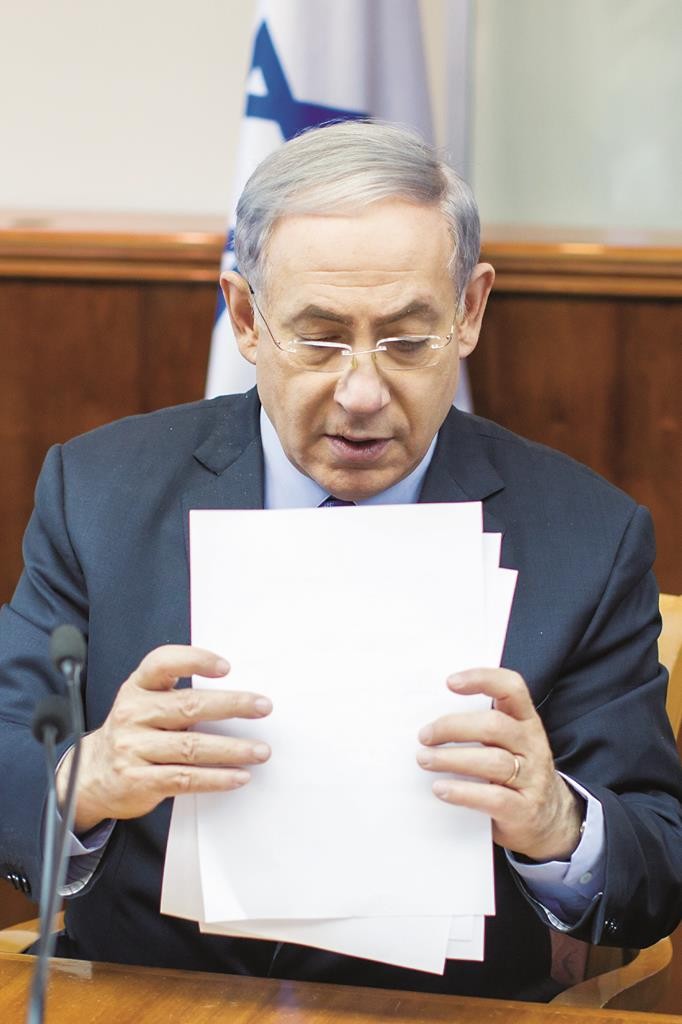 Israeli Prime Minister Binyamin Netanyahu shelved a bill that would make it easier to sentence terrorists to death, saying that it needs more study before being put to a vote.

At Netanyahu’s behest, the Ministerial Committee for Legislation put off the vote on a Yisrael Beitenu bill that would impose the death penalty when a majority of judges presiding on a case vote in favor. The current law requires the unanimous agreement of all the judges presiding in a case, and then only as an option.

The bill appeared to have enough support in committee for passage, until Netanyahu told a meeting of Likud ministers that such a serious matter should not be decided on until professional opinions are taken into consideration. The Likud ministers reportedly agreed.

There was a political dimension as well, as several Likud ministers argued that the coalition should not be so eager to back legislation from Yisrael Beitenu, which remains in the opposition despite speculation last week that it might join the coalition at some point.

Attorney General Yehuda Weinstein was quoted in the Israeli news media on Sunday evening as saying that if the bill would eventually pass, that he would resign.

Although Justice Minister Ayelet Shaked (Jewish Home) backed the bill, officials from the ministry opposed it on the grounds that there is no proof the death penalty deters murderers. They also pointed out that it is irreversible and the court could make mistakes.

MK Sharon Gal (Yisrael Beitenu), who proposed the bill, called the panel to review the death penalty a “time-wasting committee.” He said that he will bring the bill to a preliminary vote in the Knesset on Wednesday, even though chances for passage are small without coalition support.

Meretz chairwoman Zehava Gal-On called on Netanyahu to completely bury the bill, in order not to “authorize murder sponsored by the law.”

Almagor Terror Victims’ Association chairman Meir Indor said the government missed a chance to signal that they are hardening their stance towards anyone who takes an Israeli life.

“Even if the committee’s conclusions will be positive as far as we’re concerned, [favoring the death penalty], we are concerned that its fate will be like the Shamgar Committee’s conclusions on the price of freeing captives [in exchange for releasing Palestinian terrorists from prison], which were left in a drawer with no discussion of them to this day,” Indor stated.

Convicted Nazi SS officer Adolf Eichmann was the only person ever put to death by Israeli courts, in 1962, for his role in the Holocaust.