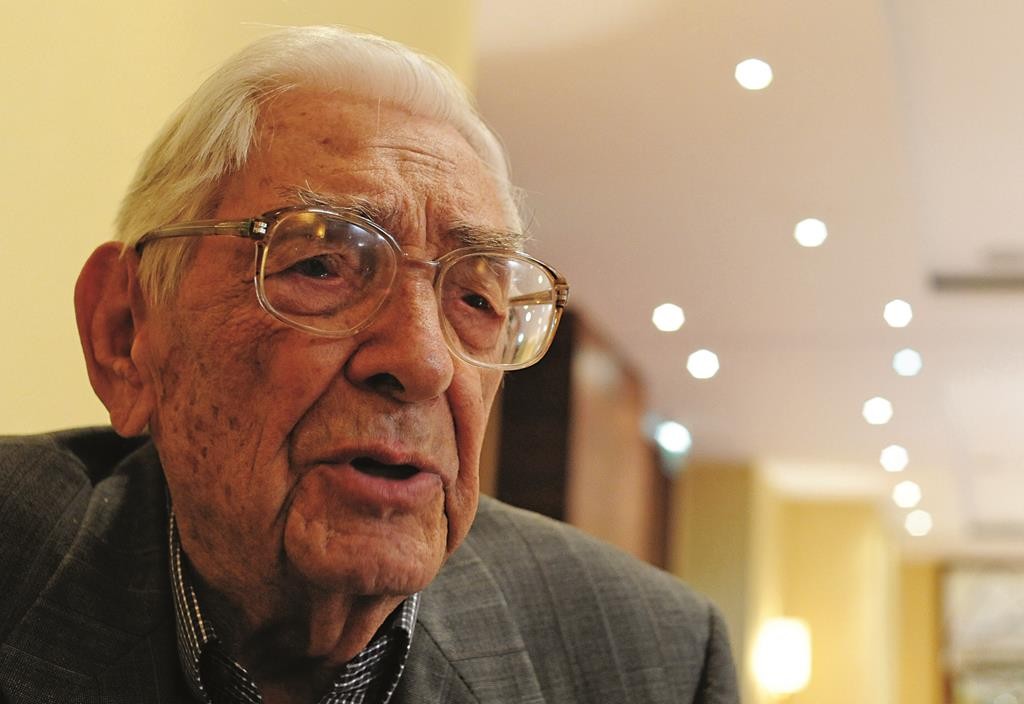 Jewish officials honored nearly 50 elderly Christian Poles who saved Jews during World War II, praising them as heroes during an event in Warsaw on Sunday organized as an expression of gratitude.

The oldest rescuer was 100 and others were in their 80s and 90s, some in wheelchairs or on crutches. They gathered for a luncheon at a luxury hotel in the city center where Poland’s chief rabbi, an Israeli diplomat and a representative of the U.S.-based Jewish Foundation for the Righteous paid tribute to them.

“You represent the very best in Polish society. You are heroes,” Stanlee Stahl, the foundation’s executive vice president, said as she stood before them. “It is so important to acknowledge the courage and heroism of the righteous, for each of you saved the honor of humanity.”

Poland was the only country under Nazi occupation where non-Jews caught helping Jews and their entire families were punished with death. Once home to Europe’s largest Jewish population, about 3.3 million before the war, Poland also has the largest number of non-Jews recognized as “Righteous Among the Nations” by Israel’s Holocaust memorial, Yad Vashem.

“You will always be remembered in our prayers for you made it possible for generations to be born and to live,” Stahl said, her voice cracking.

They are often referred to as “Righteous Gentiles,” and are people who lived for decades after the war with little recognition in Polish society, though in recent years the state has done more to acknowledge them.

Poland’s chief rabbi, Rabbi Michael Schudrich, who knows many of the rescuers, describes them as modest people who don’t consider their actions heroic, and who continued to lead admirable lives of goodness after the war too.

Among those gathered was Janusz Durko, a retired historian who turned 100 in February. During the war he and his wife hid 20 Jews who fled the Warsaw ghetto. He said it was simply the “obvious” thing to do and that he never considered himself courageous.

“You had to help a person whose life was at risk,” he said.

Another rescuer being honored was Maria Lopuszanska, 86, who fought back tears as she remembered the Jewish woman that she and her family rescued.