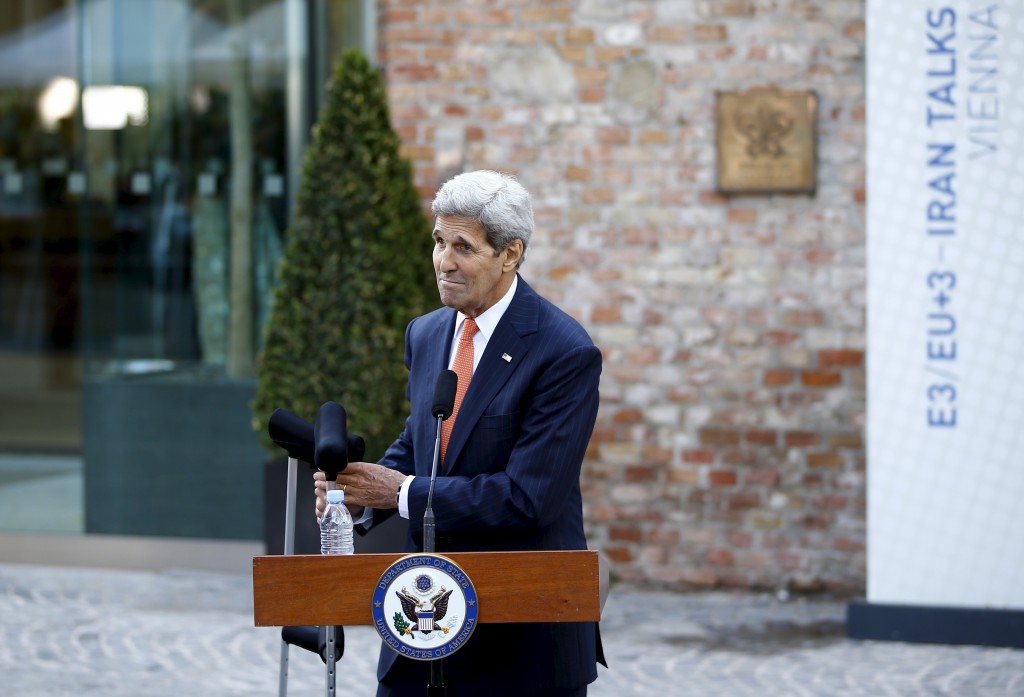 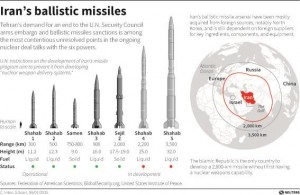 U.S. Secretary of State John Kerry threatened Thursday to walk away from nuclear talks as he signaled that an accord was unlikely hours ahead of a deadline set by the U.S. Congress for a quick review.

“This is not open-ended,” Kerry told reporters outside the 19th-century Viennese palace hosting the negotiations. “We can’t wait forever for the decision to be made. If the tough decisions don’t get made, we are absolutely prepared to call an end to this process.”

It was the strongest indication yet of U.S. frustration with Iran. It comes two days after President Barack Obama promised Senate Democrats the same response to Iranian intransigence, suggesting patience for continuing the current round of discussions was running out as it headed into its 14th day.

Thursday’s latest delay for a comprehensive deal is significant. Iran is demanding prompt easing of economic penalties for nuclear concessions, and the longer it takes world powers to make good on their promises, the longer they’ll have to wait for the Iranians to scale back their nuclear program.

Under U.S. law, the seven nations negotiating in Vienna have to complete the accord before the end of Thursday in Washington to avoid invoking a 60-day congressional review period during which President Barack Obama cannot waive sanctions on Iran. If they meet the target, the review would only be 30 days.

The specter of prolonged public relations campaigns for and against the pact also may not work in Obama’s favor. The delay could imply that the U.S., Iran and other negotiating powers may end up having to push off the talks until September when any deal would again only amount to a 30-day review period.

“We will not rush and we will not be rushed,” Kerry said.

French Foreign Minister Laurent Fabius said he would remain in Austria’s capital for negotiations into Friday morning, citing “good things, but there is still work to do.”

The current round of talks has already been extended twice since it started on June 27, as has an interim nuclear accord with Iran that these negotiations are meant to finalize. The preliminary deal was due to expire on June 30, then July 7 and then Friday. It would have to be renewed a third time if the talks go beyond Friday.

At an economic summit in Russia, Iran’s President Hassan Rouhani said his nation was preparing for a “post-sanctions” era, suggesting a deal may be in sight to curb Iran’s nuclear program in exchange for the lifting of economic sanctions.

Long-standing differences persist over inspections of Iranian facilities and the Islamic republic’s research and development of advanced nuclear technology.

New difficulties also have surfaced over the past few days. Iran is pushing for an end to a U.N. arms embargo on the country but Washington opposes that demand.

“Our Western partners, who did not support a draft resolution entirely acceptable to the other parties, are at fault, not Iran,” he tweeted