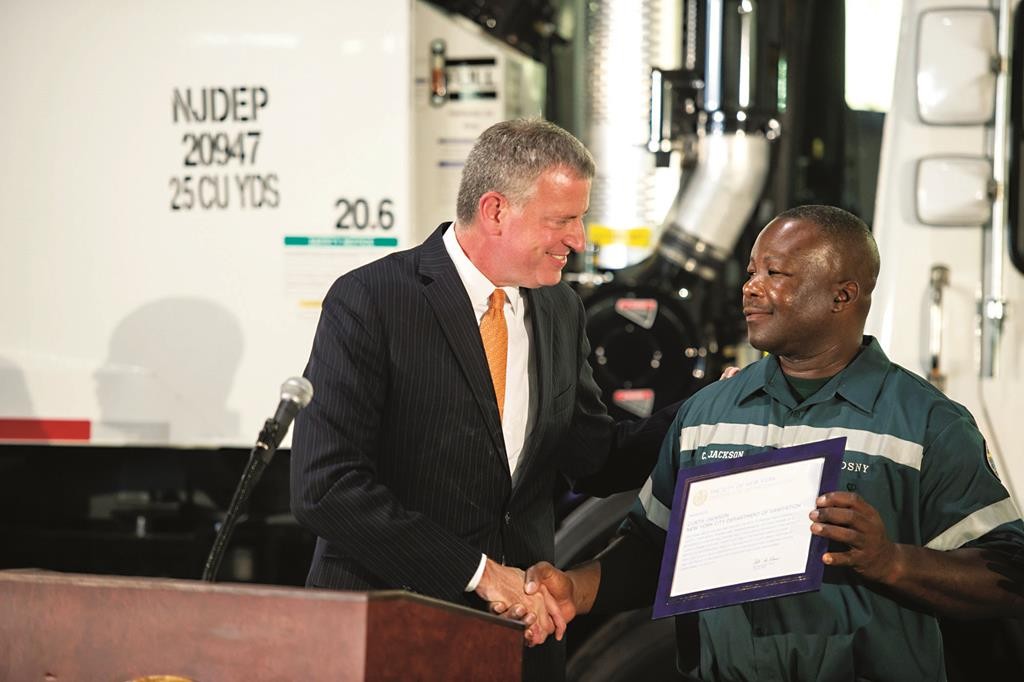 Mayor Bill de Blasio was back at work Thursday after a week-plus out-of-state vacation.

De Blasio, his wife Chirlane McCray, and their two college-aged children left June 30 for a trip to the Southwest. His office was cagey with details and did not provide an exact itinerary for the trip, but the mayor acknowledged Thursday, in his first public event since returning the night before, that he met with the mayors of Flagstaff, Arizona, and Albuquerque, New Mexico.

He later told reporters that he enjoyed the Grand Canyon, which left his children “in awe.” He also spent time in Los Angeles, according to officials.

Some clues about his travels emerged over social media, as passers-by snapped selfies with the 6-foot-5 mayor.