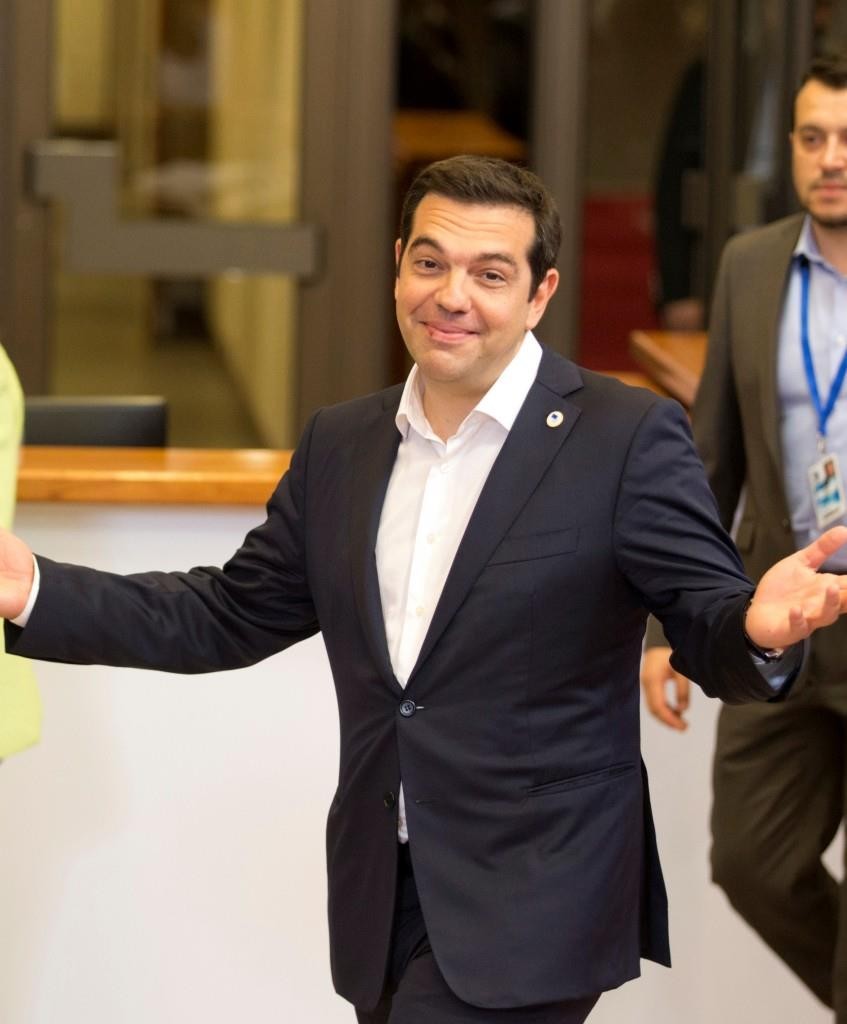 A race to save Greece from bankruptcy and keep it in the euro gathered pace on Wednesday when Athens formally applied for a three-year loan and European authorities launched an accelerated review of the request.

Greek Prime Minister Alexis Tsipras called in a speech to the European Parliament for a fair deal, acknowledging Greece’s historic responsibility for its plight.

The government submitted a request to the European Stability Mechanism bailout fund to lend an unspecified amount “to meet Greece’s debt obligations and to ensure stability of the financial system.” It promised to begin implementing tax and pension measures sought by creditors as early as Monday.

With its banks closed, cash withdrawals rationed and the economy in freefall, Greece has never been closer to a state bankruptcy.

Yet the leftist premier seemed almost nonchalant, albeit with a note of humility, when he appeared before EU lawmakers in Strasbourg to cheers and scattered boos.

The head of the Eurogroup of finance ministers, Jeroen Dijsselbloem, asked the European Commission and the European Central Bank to evaluate the loan request. The aim is for Eurogroup ministers meeting on Saturday to be in a position to recommend a loan, and some emergency bridging finance, which a full summit of the 28 EU leaders would approve on Sunday if they are satisfied with Greek reform commitments.

That is a big ‘if’, both due to Athens’ checkered record and because many of the liberalization measures required run counter to the leftist ideology of Tsipras’ Syriza party.