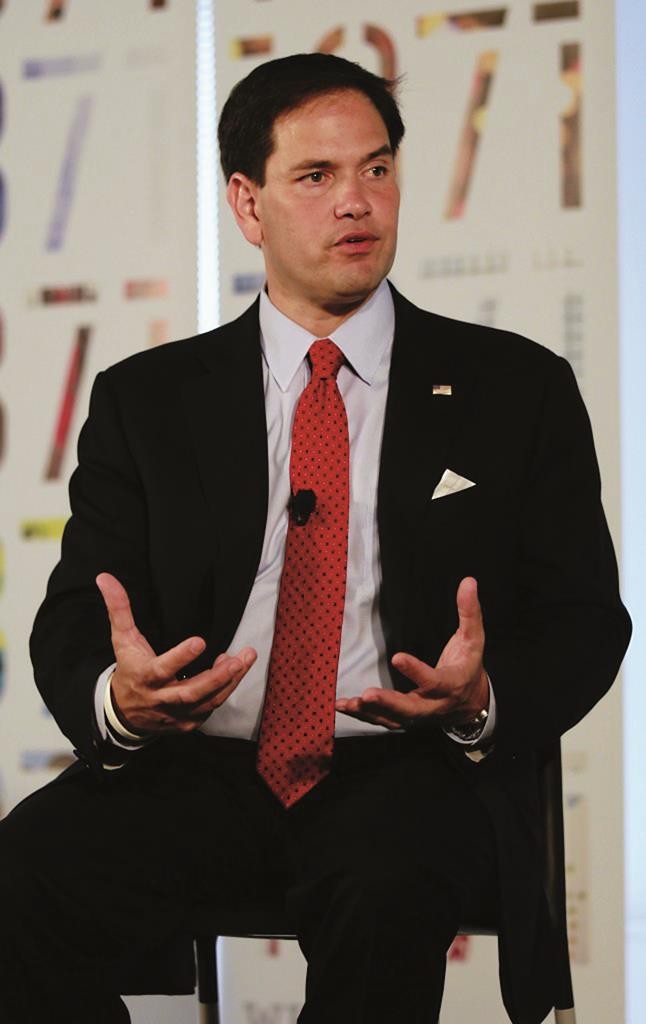 Republican presidential contender Marco Rubio called for lower corporate-tax rates, looser internet regulation and broader college accreditation on Tuesday, in an economic policy speech that denounced the old ways of both political parties yet drew from the longstanding GOP belief that tax cuts are the key to growth.

Rubio jabbed at fellow Republicans, primarily for letting government grow so much in the 2000s, and Democrats, for policies that he said stifle job growth and “snuff out innovation” — namely, their push for a higher minimum wage and for tax increases on the wealthy.

“We need in this country a new president for a new age,” the Florida senator declared from the downtown Chicago offices of a digital startup. The nation would be better served, Rubio said, by embracing the “technological revolution.”

The forward-looking theme of Rubio’s address mirrors his campaign, which aims to distinguish him from leading competitors in both parties — Republican Jeb Bush and Democrat Hillary Rodham Clinton — whose families have been mainstays in American politics for decades.

He repeatedly criticized Clinton, the leading candidate for the Democratic nomination, by name.

And while not naming Bush, a former Florida governor, Rubio lashed out at the policies enacted when Bush’s father and brother served in the White House.

While his campaign billed the Chicago speech as a major address, most of the “innovation agenda” he outlined represents policies he has proposed previously.

Rubio called for changes to the tax code that would lower the corporate-tax rate, establish a “territorial tax system” and allow “immediate, 100-percent expensing,” which would permit businesses to take deductions on capital investments all at once.

He previously released a detailed tax plan that would reduce all corporate taxes to 25 percent and cut taxes on business investment.

On higher education, Rubio vowed to “bust the cartel” of existing colleges and universities by creating a new accreditation process. His campaign said Rubio would allow lower-cost alternative education providers, such as the online Khan Academy, to earn accreditation.

Rubio, 44, is among more than a dozen candidates seeking the 2016 Republican presidential nomination. He is also one of the youngest candidates in the race, a distinction that offers political challenges and opportunities.