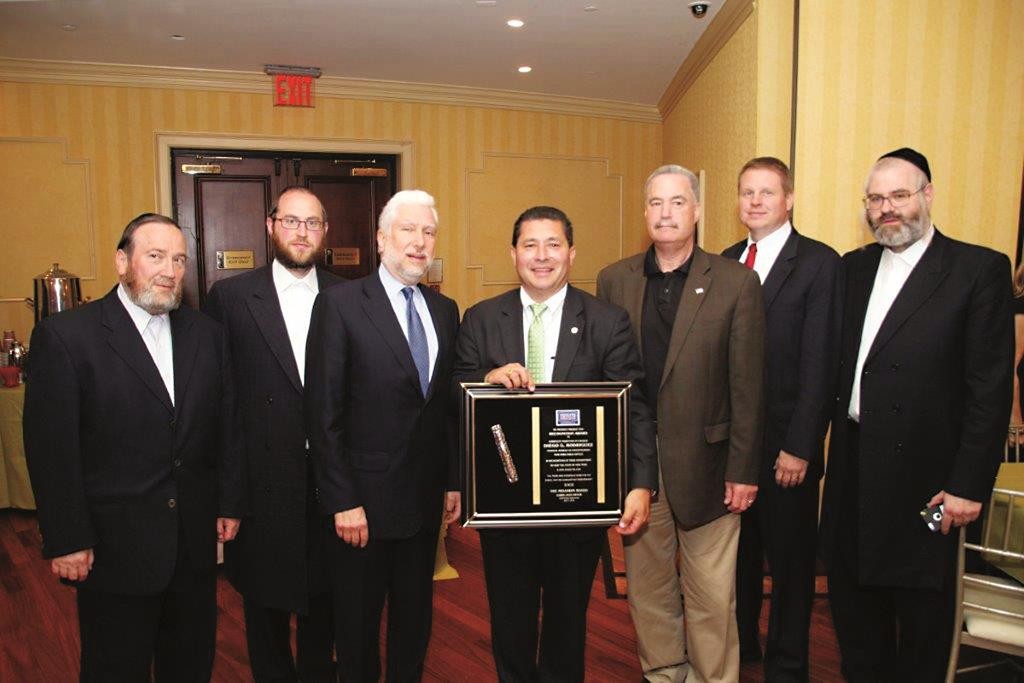 Diego Rodriguez, assistant director in charge of the FBI’s New York field office, was given a warm welcome by the Orthodox community at a luncheon hosted by the well-known community organization Misaskim. The meeting, attended by representatives of major Jewish organizations as well as top-brass from several law enforcement agencies, was meant to showcase the cooperation and relationships that exist between the community and the state.

“Whatever it is that we are able to do could not be accomplished without the help of everybody in this room today,” Misaskim director Rabbi Yanky Mayer, who served as emcee for the event, told the group. “There is a team of soldiers in this city who are on call and ready to do the right thing for those in need.”

All speakers stressed the irreplaceable value of understanding and coordination between agencies and communities.

“Without working with volunteer groups like Hatzolah, Chaveirim, Bikur Cholim and LCSW [Lakewood Civilian Security Watch], I don’t think we would be able to do what we need for our fast-growing town,” said Robert Lawson, Lakewood’s police chief.

Rabbi Dovid Goldwasser, Mara d’Asra of Khal Bnei Yitzchok, offered words of thanks to the many officers who risk their lives to protect the city and its citizens with “a spirit of giving and self sacrifice.”

“One common thread here is cooperation,” said Chuck Scholl, police chief for Brooklyn South. “Twenty years ago all the departments in the city were on their own. The coordination that has developed since then has made the city a far better place.”

Rabbi Mayer and others shared stories of the key role that organizations such as Misaskim and Hatzolah have played in helping in emergency situations well beyond the Jewish community.

“They [the Orthodox community] take care of their folks and they take care of others; they are truly dedicated to community,” said Joseph Esposito, commissioner of the New York City Office of Emergency Management.

The event closed with the presentation of a plaque of appreciation to Mr. Rodriguez, who has led the FBI’s New York field office since the end of 2014, for his dedication to fighting terror and crime.

“I hope that this discussion is the beginning of a meaningful relationship,” said Mr. Rodriguez.

He stressed the importance of keeping citizens safe while “protecting their valued liberties,” which can only be done amidst mutual understanding. “We are all stronger together than divided.”