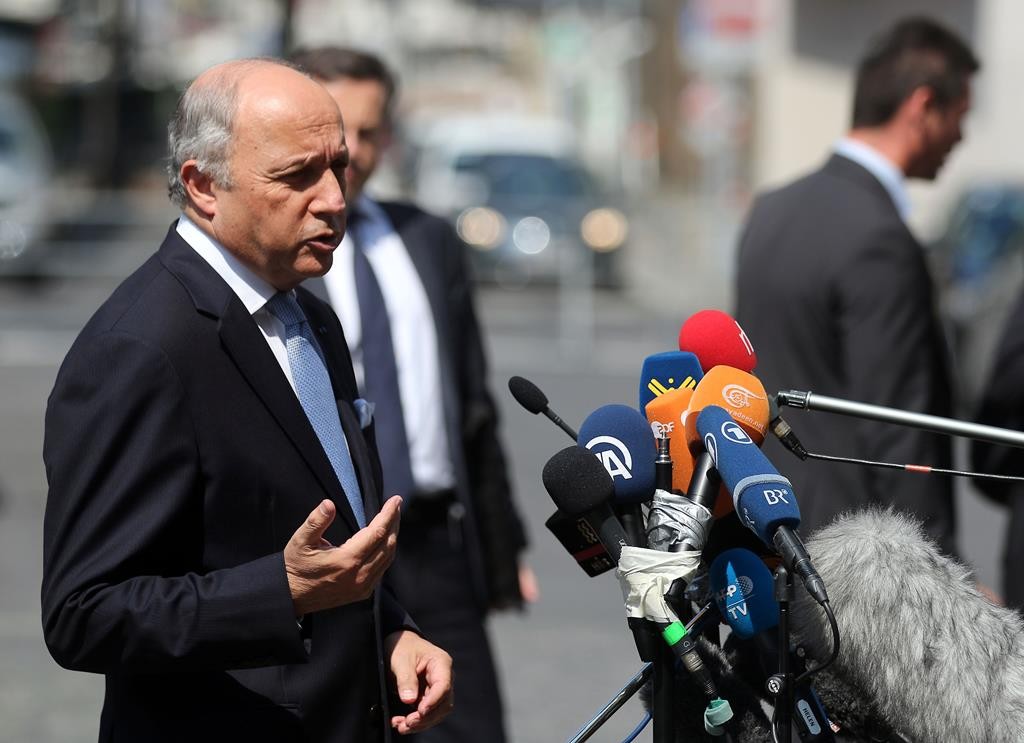 Negotiators at the Iran nuclear talks pushed past their second deadline in a week on Tuesday, raising new questions about the ability of world powers to reach an agreement. The discussions, already in their 12th day, were prolonged until possibly Friday.

“We knew it would have been difficult, challenging and sometimes hard,” saidFederica Mogherini, the European Union’s foreign policy chief. She said the negotiations would continue despite hitting some “tense” moments, and the U.S. State Department declared the current interim nuclear arrangement with Iran extended through July 10.

As the latest target date arrived for a deal that would set a decade of restrictions on Iran’s nuclear program, U.S. Secretary of State John Kerry, Iranian Foreign Minister Mohammad Javad Zarif and other top diplomats huddled in Vienna in search of a breakthrough.

All had spoken of deep differences remaining, and there was no public indication they had resolved disputes ranging from inspection rules on suspicious Iranian sites to limits on Tehran’s research and development of advanced nuclear technology.

In Washington, White House spokesman Josh Earnest said the parties “have never been closer to reaching a final agreement than we are now” but significant differences remain.

“That’s an indication that these talks, at least for now, are worth continuing,” he said.

A senior U.S. official in Vienna confirmed that one more clear difference had resurfaced, saying the U.S. would oppose Iran’s demand that the nuclear agreement also include the lifting of the U.N. arms embargo on the country. The official said the U.S. is insisting that any new U.N. Security Council resolution pertaining to Iran retain an arms ban and ballistic missile restrictions.

Diplomats had extended their discussions by a week when they missed their goal of a pact by June 30, after passing previous deadlines in July 2014 and last November. For Kerry and his team, pressure is increasing from skeptical U.S. allies and members of Congress. If the accord isn’t sent to Congress by Thursday, its monthlong review period would be doubled to 60 days, meaning the Obama administration couldn’t lift any economic sanctions on Iran during that time.

The U.S. is in a tough spot. President Barack Obama has expended significant political capital on finalizing an agreement that has prompted suspicion from Iran’s regional rival, Saudi Arabia, outright hostility from America’s closest Mideast ally, Israel, and deep ambivalence even among congressional Democrats.

The No. 2 Democrat in the U.S. House, Rep. Steny Hoyer, told reporters Tuesday the talks “ought to be brought to a close.”

“My concern has been that there would be a rope-a-dope sort of performance by Iran, that they’ll just string out these negotiations,” he said.

“The agreement of concessions that Iran is set to get from the world powers paves the way for it to arm itself with nuclear weaponry and to distribute it even more through the missiles it continues to develop,” he said. “How can you even trust a country that violates time and again the decisions of the international community? How does one grant Iran hundreds of millions of dollars without stipulating that this money will not oil the wheels of the terror machine and its expansion?”

To ease their concerns, Obama and Kerry have vowed to hold out for a “good deal” that verifiably keeps Iran at least a year away from a nuclear weapons capability for at least a decade. Current intelligence estimates put the Iranians only two to three months away from amassing enough material for a nuclear warhead, if they pursue such a course. The administration has repeatedly threatened to abandon negotiations if they prove fruitless.

On-and-off talks with Tehran have been going on for more than a decade, though this incarnation has come closest to any resolution.