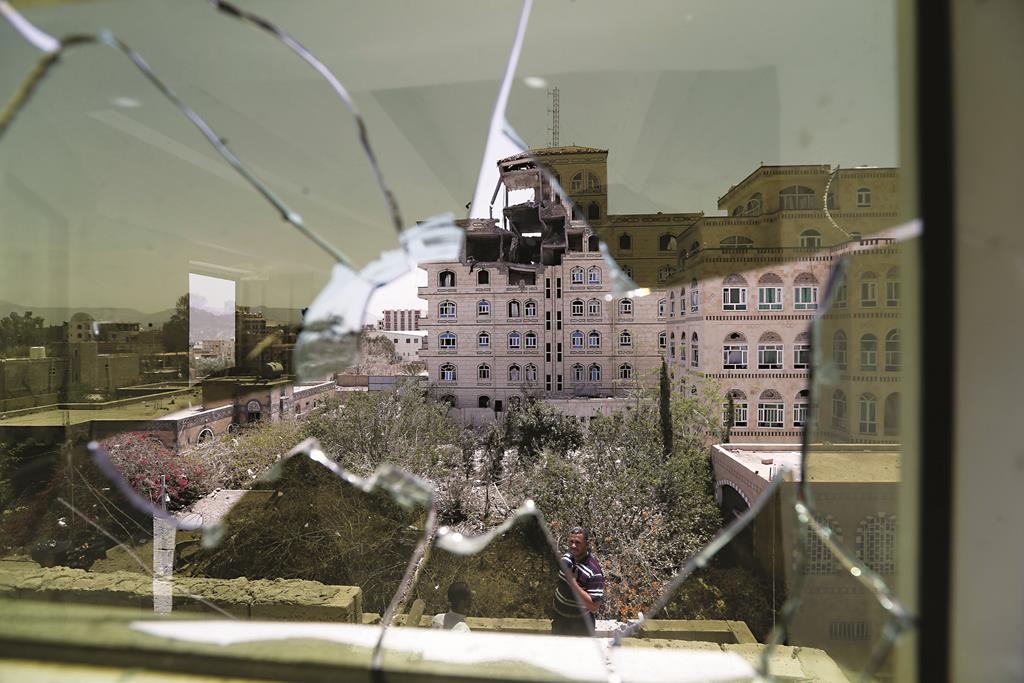 One of the explosives-laden cars detonated near a hospital in downtown Sanaa, which the news agency controlled by Yemen’s dominant Houthi group said killed and injured “numerous” people, while another killed around 10 people in al-Bayda, capital of a province in the country’s battle-weary south.

Islamic State in Yemen has claimed responsibility for a string of recent deadly attacks against the Shi’ite Muslim group that runs the capital, calling them apostates deserving death.

Saudi-led coalition air strikes and clashes killed at least 176 fighters and civilians in Yemen on Monday, residents and media run by the Houthi movement said, the highest daily toll since the Arab air offensive began more than three months ago.

The United Nations has been pushing for a halt to air raids and intensified fighting that began on March 26. More than 3,000 people have been killed since then as the Arab coalition has tried to stop the Houthis from spreading across the country from the north.

The Iran-allied Shi’ite Houthis say they are rebelling against a corrupt government, while local fighters say they are defending their homes from Houthi incursions. Sunni Saudi Arabia says it is bombing the Houthis to protect the Yemeni state.

As fighting has raged across Yemen’s south, the conflict has taken on a sectarian tinge, pitting the Shi’ite Houthis against local Sunni fighters who in many places fight alongside hardline al-Qaida militants, who also revile the Houthis.

On Tuesday, U.N. envoy to Yemen Ismail Ould Cheikh Ahmed continued meetings with Houthi officials in Sanaa to try to broker a ceasefire to allow aid deliveries. One Houthi official said Monday’s attacks had dealt a blow to peace efforts.