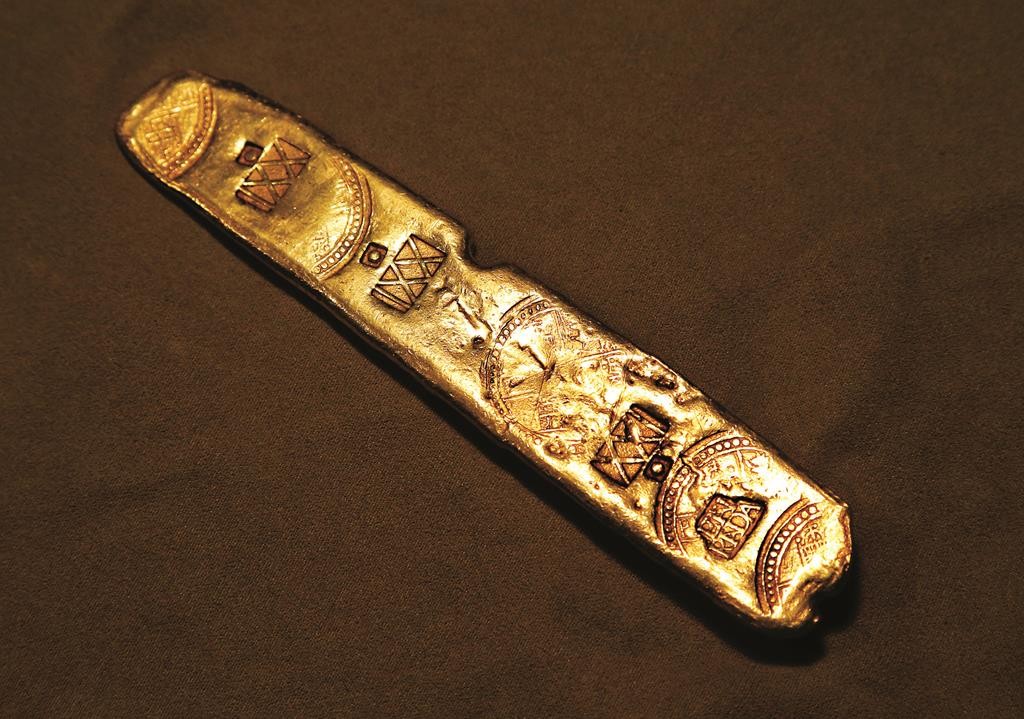 A solid gold chain and an intricate gold-and-enamel spoon are among items pulled from the wreckage of a 400-year-old Spanish galleon that will be auctioned off next month.

Nuestra Senora de Atocha went down in a violent hurricane in 1622 near the Florida Keys laden with New World gold while en route to Spain. It was among a fleet of nine ships that were lost at sea; hundreds of people perished, including nobility who brought along their personal jewels.

Treasure hunter Mel Fisher searched 16 years for it before discovering the Atocha mother lode in 1985. What he found was the stuff of legends — 40 tons of silver and gold, fine Colombian emeralds and over 1,000 silver bars.

On Aug. 5, Guernsey’s will auction 40 select items from the doomed ship. They represent some of Mel and Dorothy Fisher’s favorite pieces, said their daughter, Taffi Fisher Abt. Fisher died in 1998; Dorothy died in 2009.

They include two spectacular gold chains. One, called a “money chain,” has big links of equal size and weight that could be twisted off and used as currency. This was done since in the Colonial era, the Spanish king placed a 20 percent tariff on gold bullion called the Royal Fifth. But if the gold was turned into jewelry, the tax was forgiven.

“It’s real high-carat gold. … Purer than any gold you’d buy in a store today,” Abt said.