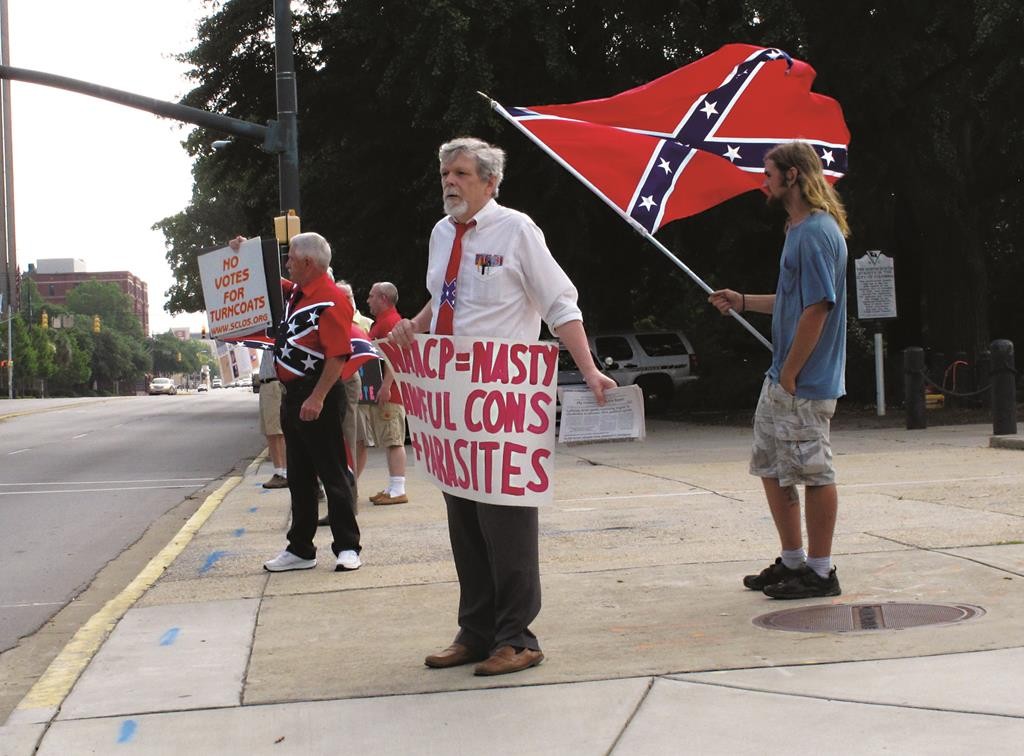 The South Carolina Senate voted Monday to remove the Confederate battle flag from a pole on the Statehouse grounds, though the proposal still needs approval from the state House and the governor.

The bill requires a two-thirds vote in each chamber; the state Senate approved it 37-3. Gov. Nikki Haley has said she wants the flag to come down and will sign the bill.

Monday’s vote came less than a week after the 15th anniversary of South Carolina taking the flag off the Capitol dome, where it had flown since the early 1960s, and moving it to a monument honoring Confederate soldiers.

“We now have the opportunity, the obligation to put the exclamation point on an extraordinary narrative of good and evil, of love and mercy that will take its place in the history books,” said Sen. Tom Davis (R-Beaufort).

Lawmakers had largely ignored the flag until the killing of nine black people during a Bible study at a historic African-American church on June 17.

Earlier Monday, the Senate rejected a pair of amendments: one that would only fly the battle flag on Confederate Memorial Day, and one that would leave the flag’s fate up to a popular vote.

State Sen. Lee Bright, who suggested the popular vote, said the Confederate flag has been misused by people like Dylann Roof, who is charged with nine counts of murder in the church shootings and posed in pictures with the rebel banner.

“I’m more against taking it down in this environment than any other time just because I believe we’re placing the blame of what one deranged lunatic did on the people that hold their Southern heritage high,” said Bright, a Republican.

The flag will not come down Monday, even with the support of Gov. Nikki Haley. There are indications the proposal could have a tougher road in the House. Some powerful Republicans have not said how they will vote, including Speaker Jay Lucas.

Some Republicans want to keep the flagpole and put a different flag on it. Suggestions have included the U.S. flag, the South Carolina flag and a flag that may have been flown by Confederate troops but does not have the same connections as the red banner with the blue cross and white stars.

Protesters assembled outside the Statehouse, watched by even more officers inside and outside the capitol. Some called for the flag to come down. Others, such as Nelson Waller, in a rebel flag tie, said the state was giving in to Northern liberals and civil-rights activists.